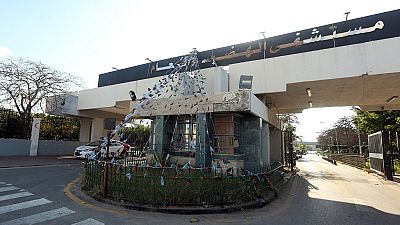 *Hospitals in Libyan capital, Tripoli, and its environs, have been attacked at least 17 times since January. The health facilities have been transformed into arenas for deadly fighting between rival entities for more than a year, the UN mission in Libya (Manul) said Friday.

In April 2019, Eastern Libyan strongman, Khalifa Haftar, launched an offensive to seize Tripoli, where the UN-recognized Government of National Unity (GNA) is headquartered. The two sides are vying for power in the oil-rich country, which has been in chaos since the fall of Muammar Gaddafi’s regime in 2011.

“There have been 17 attacks and strikes against health facilities in Libya since the beginning of the year and these attacks continue,” UNSMIL said in a statement.

The latest took place on Thursday “against the Tripoli Central Hospital (TCH) while different areas of the capital were under rocket fire,” the UN mission added, condemning “all acts that endanger the lives of civilians and prevent access to emergency services.

“The indiscriminate shelling of certain areas in Tripoli partially damaged the HCT, including the buildings of the communicable diseases and dermatology departments,” GNA Health Ministry spokesman Amine al-Hachemi told AFP.

The GNA blamed the strikes on pro-Haftar forces, an accusation denied by the spokesman for the Eastern Libyan strongman.

Strikes against civilians and civilian infrastructure have been frequent since the beginning of Marshal Haftar’s offensive against Tripoli, but have intensified in recent weeks.

Since the beginning of May, at least 19 people – 17 civilians and two policemen – have been killed and more than 66 civilians wounded by rocket fire against several residential areas of Tripoli and its airport.

In addition to the violence, Tripolitans suffer from a shortage of electricity, especially during the summer peak consumption periods. Due to a heat wave between Wednesday and Friday, most areas of the capital were without power for more than 36 hours.