US acknowledges killing civilians in 2019 airstrike in Somalia 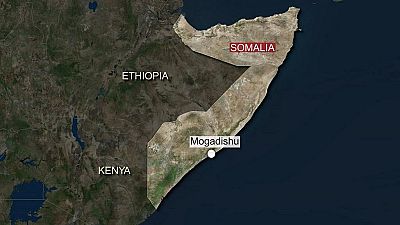 The United States said on Monday it had killed two civilians and injured three in an air strike in Somalia early last year, in a rare acknowledgement of civilian casualties from U.S. Africa Command military operations in the Horn of Africa country.

The deaths were mentioned in a debut quarterly assessment report by AFRICOM on allegations of civilian casualties raised in connection with its operations against Islamist militants in Somalia, Libya and other African countries.

“Regrettably two civilians were killed and three others injured in a February 2019 air strike. “We are deeply sorry this occurred,” AFRICOM’s commander, U.S. Army General Stephen Townsend, said in the report.

Regrettably two civilians were killed and three others injured in a February 2019 air strike. We are deeply sorry this occurred.

The air strike was carried out in the vicinity of Kunyo Barrow in Somalia’s Lower Shabelle region and the report said the intended target – two members of Somali Islamist group al Shabaab – were killed.

The civilian deaths, it said, occurred as a result of U.S. or al Shabaab munitions that exploded during the air strike.

It was the second known incident in which AFRICOM has acknowledged killing civilians in Somalia, where rights activists have accused it of long shrouding its operations in secrecy.

The first was an air strike in April 2018 in El Buur in the Galgadud region of central Somalia in which AFRICOM reported it had unintentionally killed two civilians.

The United States has been conducting air strikes in Somalia for years to help defeat al Shabaab, which seeks to topple Somalia’s Western-backed central government and set up its own rule based on a own strict interpretation of Islamic sharia law.

For nearly two decades al Shabaab has been waging a campaign of bombings and shooting attacks on military and civilian targets including hotels and traffic junctions both in Somalia and neighbouring countries like Kenya.

He added, though, that the United States must follow up with “accountability and reparation for victims and their families”.