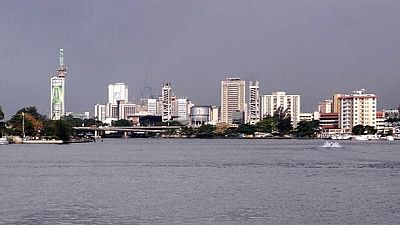 <p><strong>The governor of Lagos State, the economic capital of Nigeria, has made the wearing of masks compulsory to fight against the coronavirus, his spokesman told <span class="caps">AFP</span> on Sunday.</strong></p> <p>“Governor Babajide Sanwo-Olu proclaimed the wearing of masks compulsory in the state” of the 20 million inhabitants megalopolis, spokesman Gboyega Akosile told <span class="caps">AFP</span>.</p> <p>Lagos, the neighbouring state of Ogun and the federal capital Abuja have been placed since the end of March under total containment in order to stop the spread of the virus which has officially caused to date 35 deaths for 1,182 confirmed cases in Nigeria, including 19 deaths for 689 cases in Lagos.</p> <p>A decision by President Muhammadu Buhari on the lifting or extension of this containment, which expires on Monday, is expected at any moment.</p> <p>The governor of Lagos has threatened penalties and sanctions for anyone who violates the requirement to wear a mask while the virus is spreading among the population, according to his spokesman.</p> <p>“We have made arrangements for the production of masks in large quantities for the people of Lagos State,” he said, stressing the opportunity for the private sector to contribute to the fight against Covid-19 while securing a lucrative business, according to the same source.</p> <p>Africa as a whole remains even less affected than most other regions of the world, with 1,330 deaths for more than 29,000 confirmed cases, according to a report compiled by <span class="caps">AFP</span>.</p> <p>The toll is particularly heavy in Algeria and Egypt, with respectively 419 deaths for more than 3,200 confirmed cases and 307 deaths for more than 4,300 cases.</p> <p>South Africa, the continent’s leading industrial power, is the most affected country in sub-Saharan Africa, with 86 deaths out of more than 4,300 cases.</p> <p><strong><span class="caps">AFP</span></strong></p>

We have made arrangements for the production of masks in large quantities for the people of Lagos State.