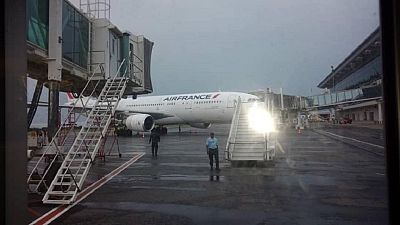 <p>Air France confirms that it had to postpone a flight from the Republic of Congo after the jet was damaged on Sunday by a bullet fired by a gendarme.</p> <p>The incident happened at the airport in Pointe Noire, the country’s second largest city, said Air France in a statement. An Airbus A330 was damaged and was unable to make a flight repatriating French citizens because of the outbreak of <span class="caps">COVID</span>-19.</p> <p>The flight was postponed for 24 hours so that a replacement airplane can arrive to carry out the flight, said the airline.</p> <p>The gendarme who fired a shot that pierced the sheet metal of the plane, was arrested and is being held in custody, according to an airport official who insisted on anonymity because of lack of authorization to speak about the incident. </p> <p><strong><em>AP</em></strong></p>