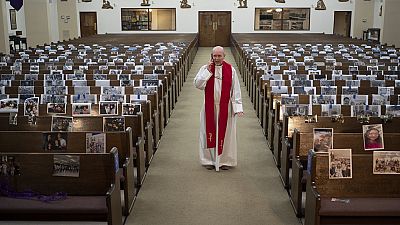 The Easter weekend will be observed without usual festivities. Churches across Europe have shut their doors and cancelled annual celebrations. But despite the confinement, many are tempted to return to their families or home countries.

In Slovakia, freedom of movement is restricted until after Monday. To ensure that the Easter confinement is respected, the police and army have set up numerous road checks throughout the country.

In Ireland, people have been instructed to stay at home. No one is allowed to travel this weekend for Easter. Hotels and restaurants will remain closed and the streets deserted.

In Spain, where Holy Week processions are a secular tradition, many people have tried to find alternatives such as singing religious songs from their balconies.

The contrast is particularly striking in Málaga, where confraternities prepare throughout the year to parade the sometimes gigantic statues on floats carried on men’s backs.