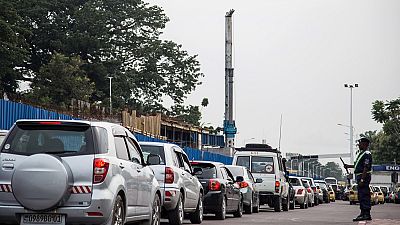 Capital of the Democratic Republic of Congo, Kinshasa, will no longer be locked down on Saturday March 28 as earlier communicated. Authorities had planned the measure to arrest the spread of coronavirus.

But with hours to the commencement of the lockdown, spokesperson of the provincial government said the decision has been withheld due to unnecessary hike in prices.

Charles Mbutamuntu, the spokesman was quoted by local Top Congo FM as confirming the new directive. Governor Gentiny Ngobila had said apart from essential workers such as medical staff, would have to stay at home for four days, starting on Saturday.

The lockdown was to last four-days after which residents will be allowed to stock up on food in the following two days. The same pattern is scheduled to be repeated for the next three weeks.

Earlier this week, President Félix Tshisekedi ordered a ban on all travel to and from the capital, the most affected part of the country. DRC has confirmed 54 cases so far and quarantined nearly 2,000 people who have been in contact with the patients.

A representative of the consumer rights association had warned against attempts by some businesses to increase prices during the shutdown. Lubumbashi, capital of Katanga province also recorded two cases but they were imported from Kinshasa.