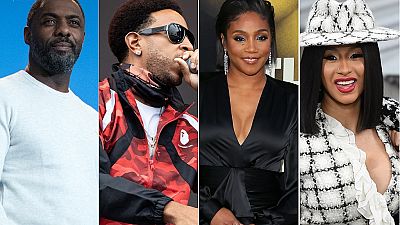 Grammy-winning rapper Cardi B is the latest icon to share excitement at the possibility of having citizenship of an African country, using social media to let her fans know that she’s ‘filing for Nigerian citizenship’.

Several other stars including British actor Idris Elba and American rapper Ludacris have recently been granted citizenship in Sierra Leone and Gabon respectively.

In this article, we explore the pride of citizenship of African nations from the perspective of celebrated icons.

The National Identity Management Commission (NIMC) issued Joshua who is of Nigerian descent with a National Identification Number (NIN) slip after registration.

The NIN is an eleven-digit number that is issued to Nigerians for identification and consolidation of personal documents.

Cardi B as Chioma in Nigeria

“Its sad this man is putting Americans live in danger. Dumbest move Trump did till date … I’m filing for my Nigerian citizenship,” she tweeted on Friday.

This week she asked fans to weigh in on whether her Nigerian name should be CHIOMA B or Cadijat.

Cardi B, who was born Belcalis Almanzar, is of Afro-Caribbean descent, tracing her roots to Trinidad and the Dominican Republic.

It was not immediately clear how the rapper might acquire citizenship in Nigeria.

Ludacris is married to Eudoxie Mbouguiengue, a 33-year-old model who spent most her childhood days in the French-speaking country before moving to the United States.Her father is American while her mother is Gabonese.

“I’m no stranger to Africa: I’ve been in Africa, I’ve made films in Africa, I’ve championed Africa. But Sierra Leone, it’s a very different feeling because it’s my parent’s home,’‘ Elba said.

In May, American author and comedian Tiffany Haddish was granted Eritrean citizenship during a visit to join in the 28th independence anniversary celebrations.

“Signing those papers and getting the validation meant the world to me. That is something my father wanted,’‘ Tiffany told the information ministry’s news outlet.