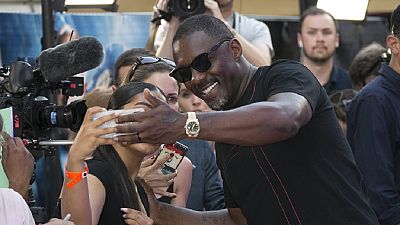 Idris Elba who has been awarded citizenship of his father’s native Sierra Leone said it was “the biggest honour I could get from my country”.

“I’m no stranger to Africa: I’ve been in Africa, I’ve made films in Africa, I’ve championed Africa,” he said. “But Sierra Leone, it’s a very different feeling because it’s my parent’s home.”

Elba told the BBC the Sierra Leone passport would allow him to “come back home as a son of the soil”.

Famed international show business personality Idris Elba arrived in Sierra Leone on Wednesday evening for what is billed as a “private visit” according to the BBC reporter in the country.

Umaru Fofana posted on social media that the British writer, actor, producer and musician had made what is his first ever visit to his ancestral homeland.

“His father had migrated to the UK where he met his (Elba’s) Ghanaian mother. Sources say he plans to invest in the country’s rich tourism sector but that his trip is a private visit,” Fofana added.

Tourism continues to be a mainstay in most African economies contributing significant sums to the national purse. Governments have been advised to look at the area as a feasible avenue to raise funds for development.

He was brought up in east London before finding fame in America. He is best known for playing Nelson Mandela in the biographical film Mandela: Long Walk to Freedom (2013), drug trafficker Stringer Bell on the HBO series The Wire, and DCI John Luther on the BBC One series Luther.

The TV and film star has been nominated four times for a Golden Globe Award for Best Actor – Miniseries or Television Film, winning one and was nominated five times for a Primetime Emmy Award.

Elba made headlines this April when he married his fiancée, Sabrina Dhowre, in a three-day ceremony in Morocco. The two, who got engaged in 2018, exchanged vows at the Ksar Char Bagh hotel in Marrakesh on Friday, April 26.

Elba, who is a father to 17-year-old daughter Isan and 4-year-old son Winston, previously married Hanne Norgaard and Sonya Hamlin.

British actor, writer & musician, Idris Elba has landed in his ancestral home of #SierraLeone for the first time. His father had migrated to the UK where he met his Ghanaian mother. Sources say he plans to invest in the country’s rich tourism sector albeit this trip is private.