As part of the UAE’s cultural calendar called ‘Abu Dhabi Classics’, more than 75 professionals, along with 80 singers, came from Germany to the UAE capital to mark the occasion.

The orchestra played one of the most famous pieces of classical music ever written by the German symphonist — the Ninth Symphony in D minor.

Beethoven’s final symphonic masterpiece was first performed in Vienna in 1824, by which time, the musician was almost completely deaf. The composition is considered by many music experts to be Beethoven’s greatest work. 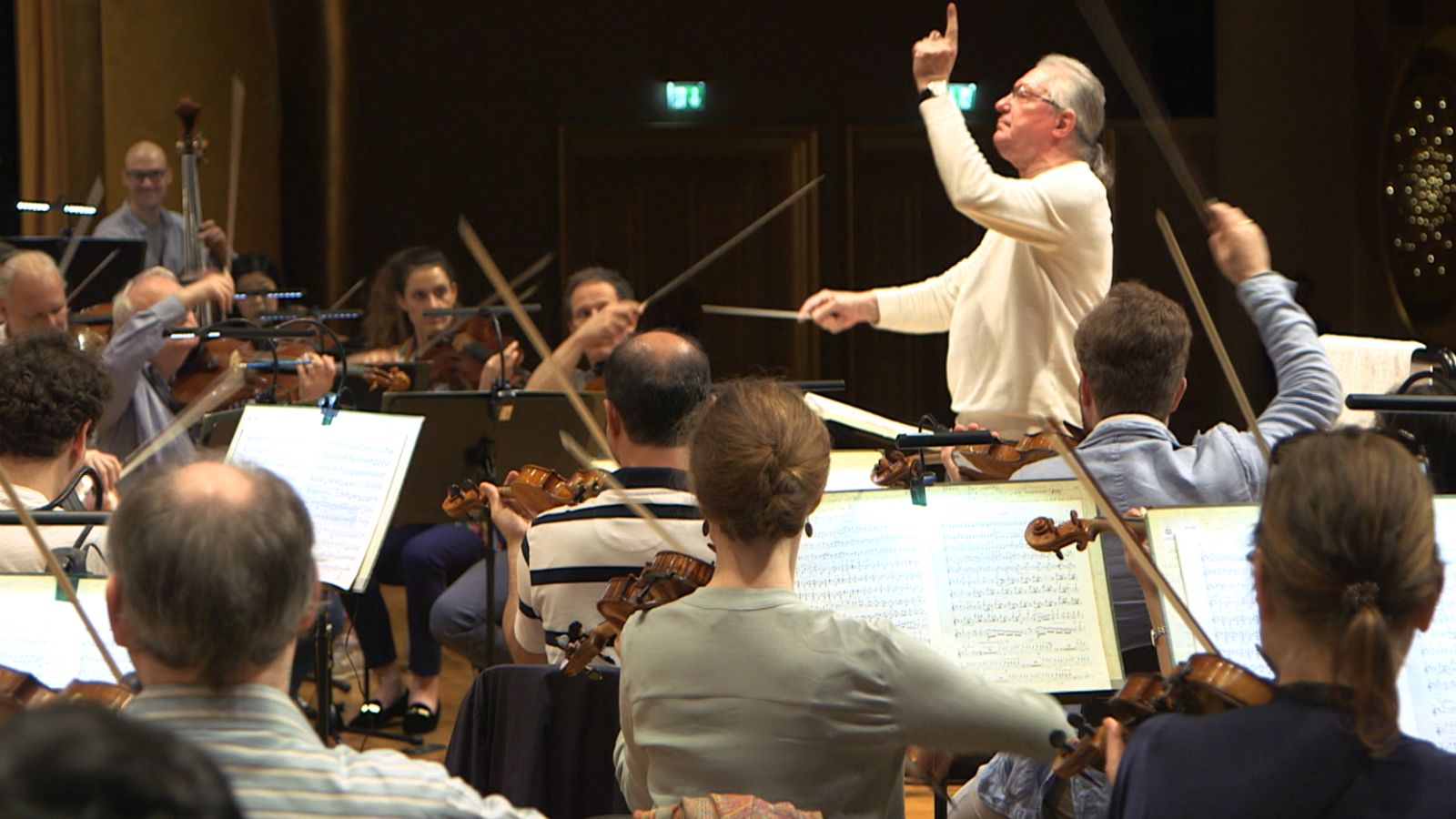 “It is much longer than all other symphonies,” analyses Sylvain Camberling, Conductor Laureate of the Hamburg Symphony Orchestra.

“Starting with a big ‘éclat’ for the orchestra, it’s like a destruction of the harmony – and finding the right melody for everybody in the world to say, ‘let’s speak about the joy’ and convince the world that we are brothers, and that joy can unite us.” 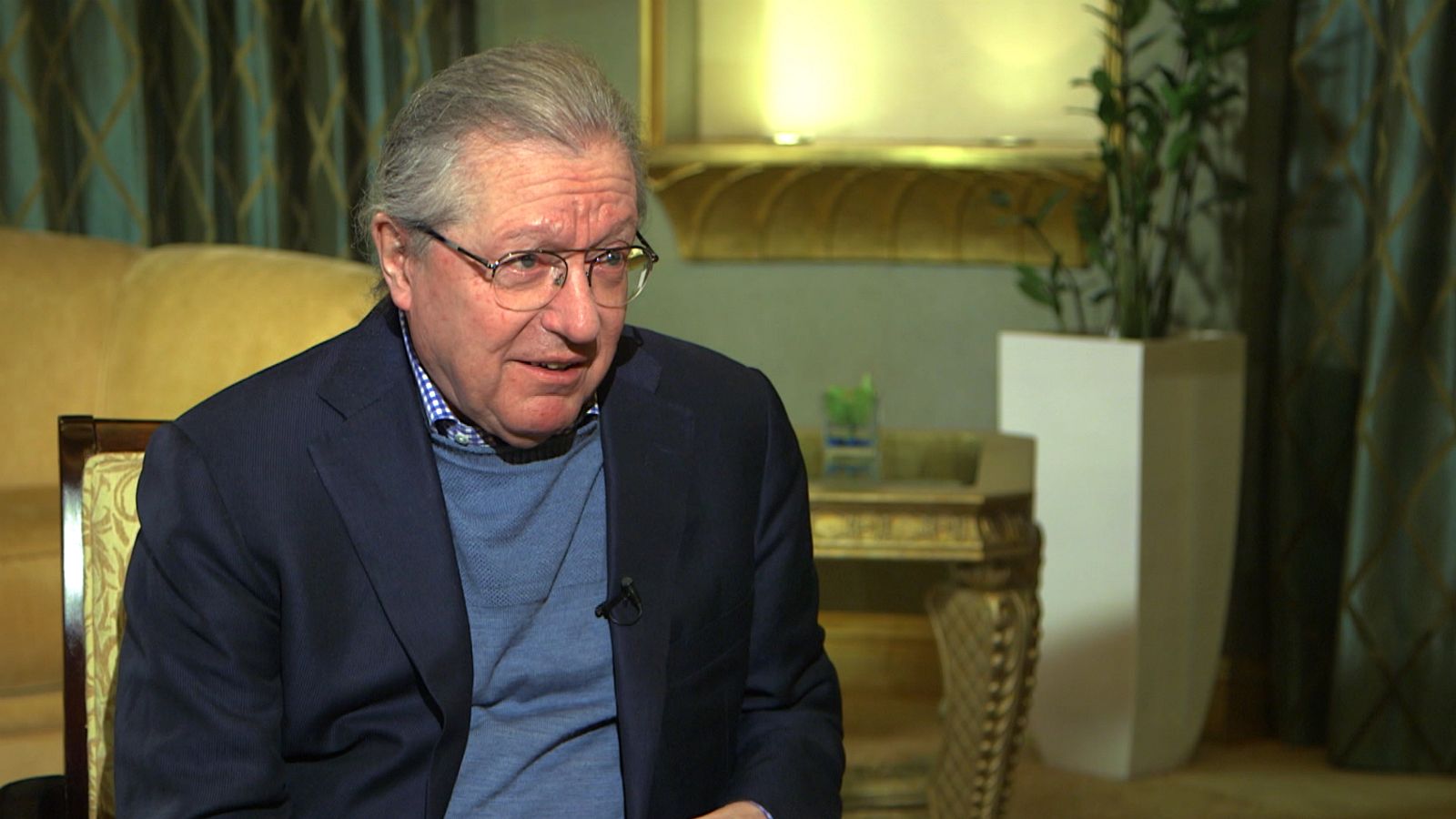 Best known for his boldly creative approach to productions, Camberling goes on to admire Beethoven’s work, revealing what he would say if he met the 19th-century composer: “You said everything [with your music] and we don’t need to say any more.”

Beethoven’s Ninth Symphony is the first example of a ‘choral symphony’, best illustrated in the 4th movement with vocalists singing the words to his musical script, Ode to Joy.

The piece explores the themes of tolerance, peace, and fraternity, and addresses issues that still touch audiences today, says operatic tenor Robert Dean Smith, whose Abu Dhabi Classics performance was his first in the Middle East with the Europa Choir.

“It’s really wonderful to sing this piece,” he tells Euronews. “The quality of the music is the reason that so many people know it and recognise it because it says something to them – an emotion is triggered inside.” 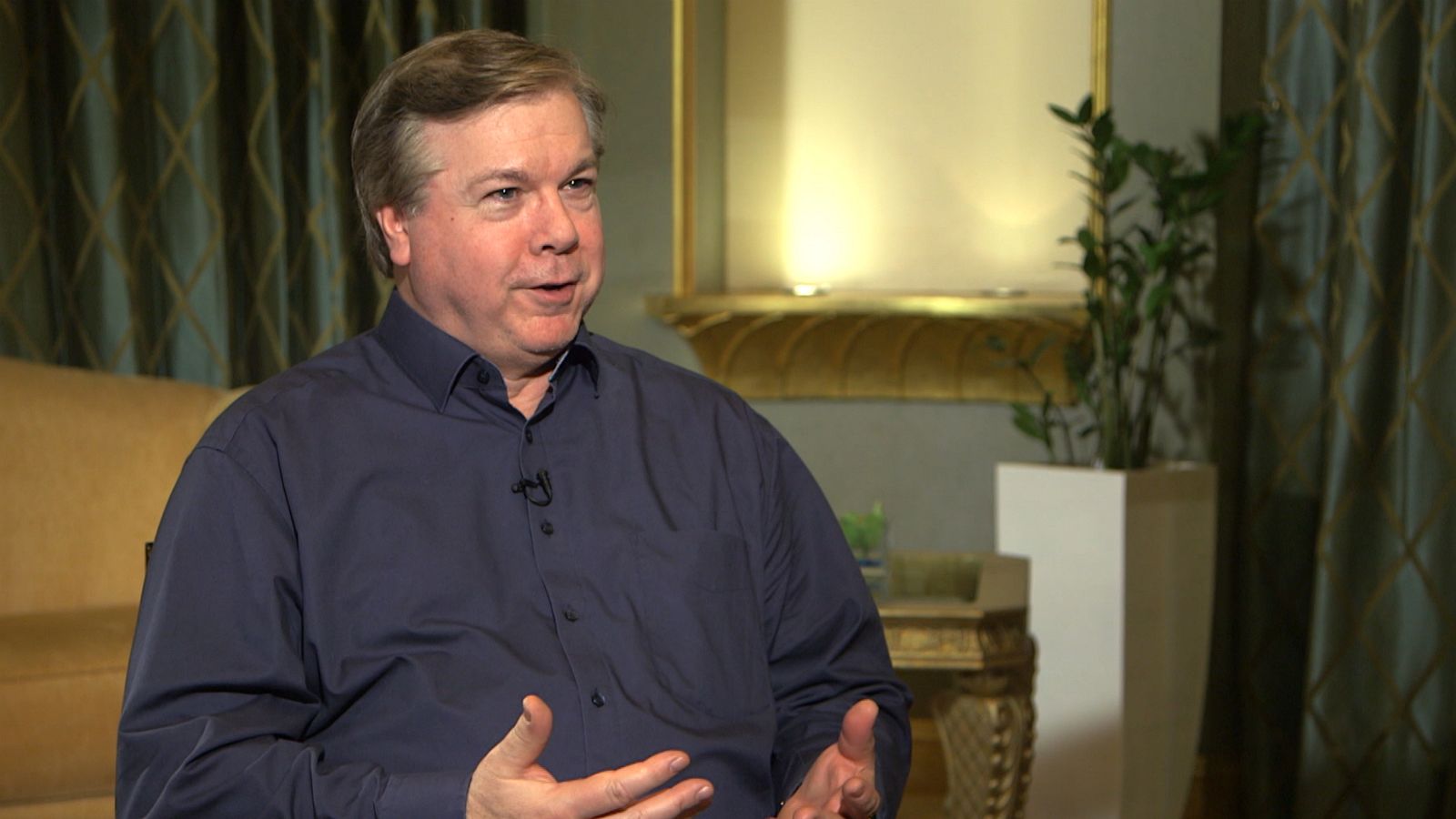 How does Beethoven’s music resonate with children?

The presence of the Hamburg Symphony Orchestra in Abu Dhabi did not only appeal to classical music enthusiasts in the Emirates, but also to youngsters in the capital.

Students from Al Yasmina Academy and the German International School practised for months and took to the stage to sing alongside the orchestra during one of their rehearsals. 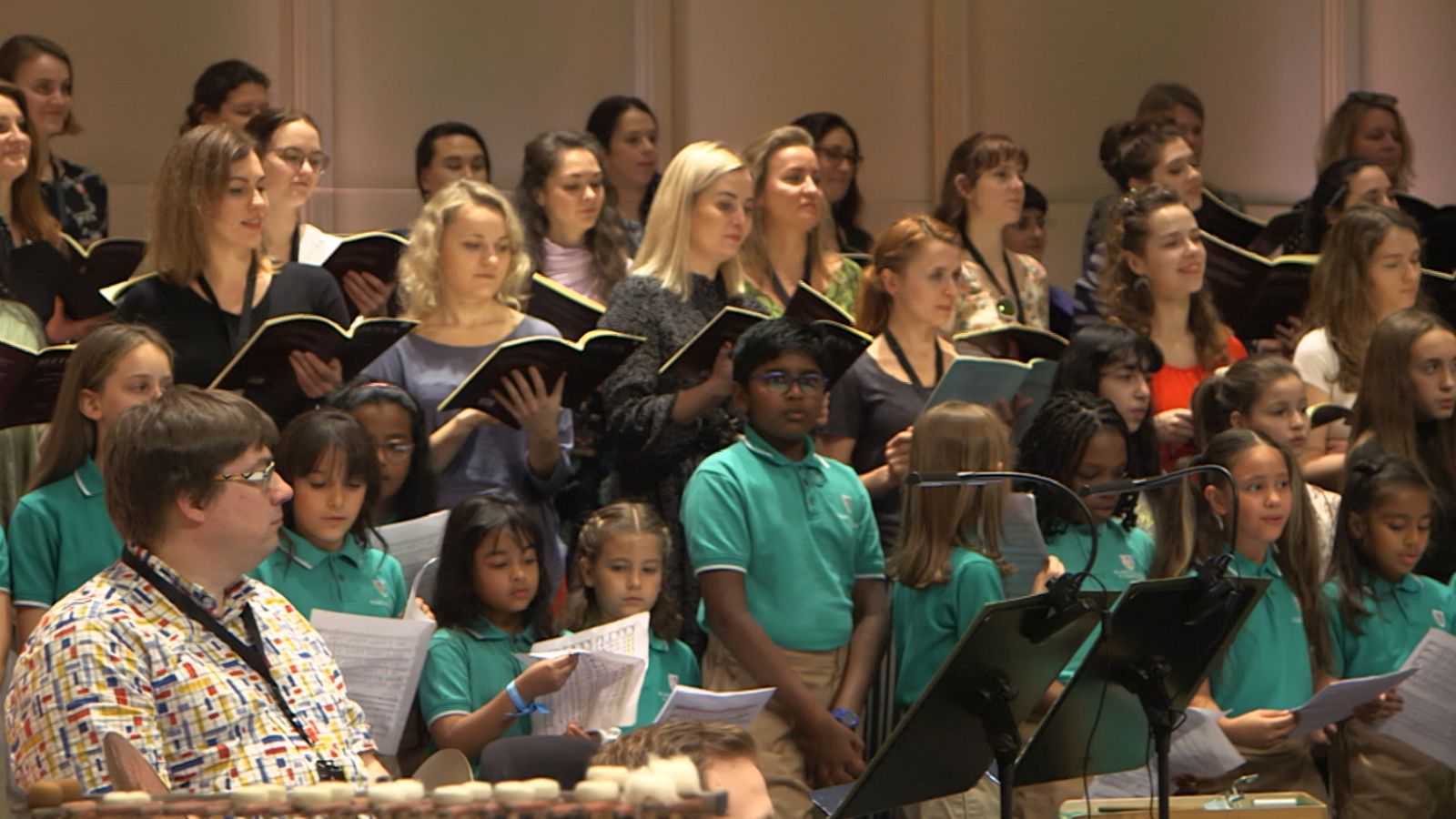 Opera singer Helen Kerr guided the students, and she tells Euronews how important it is for UAE children to be educated about the heroes of European classical music.

“It’s incredibly important because this is such a massive part of history,” she says. “We can teach children about this kind of music but, to experience it and immerse them in it, is taking it to a whole other level.” 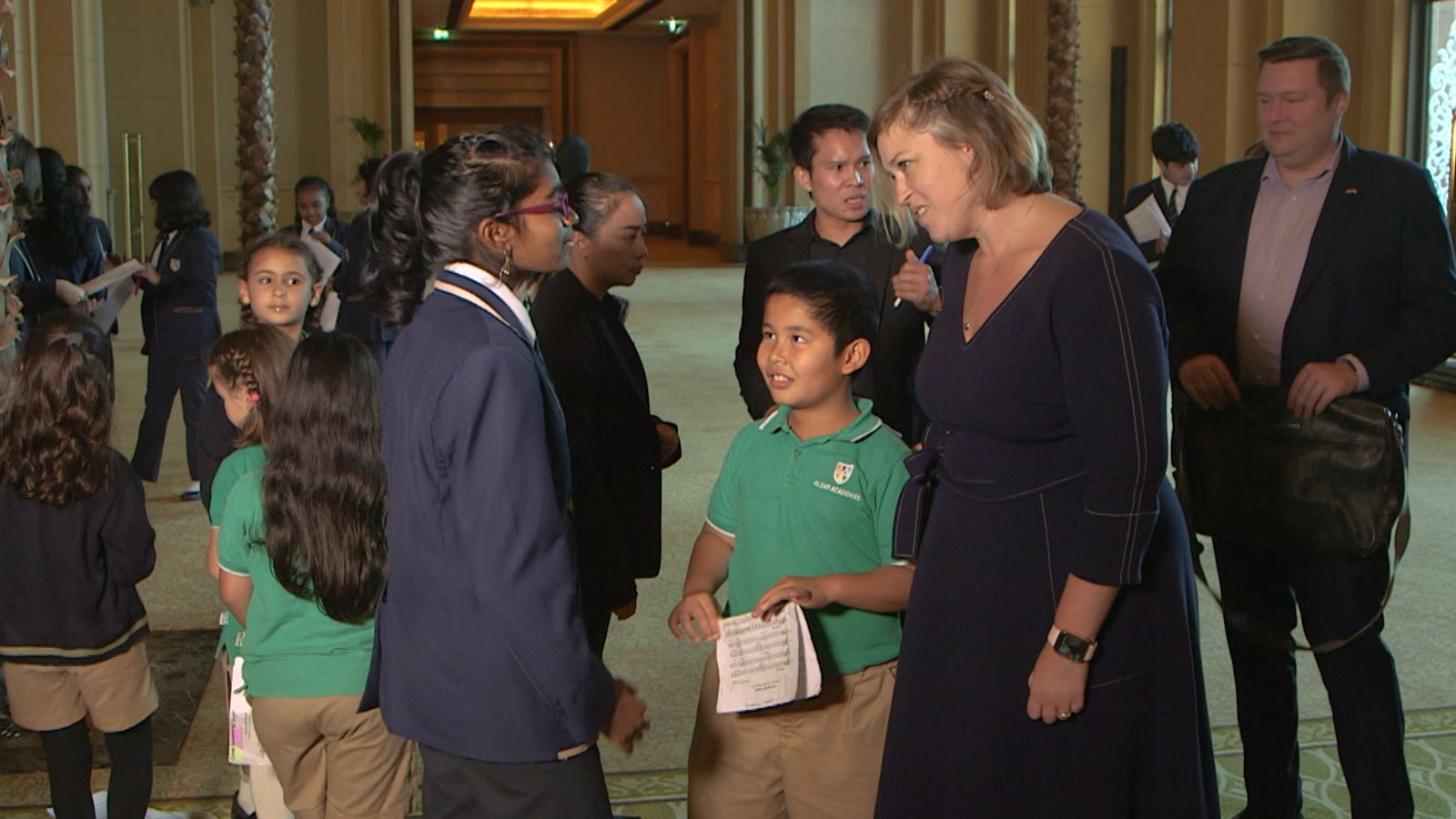 The group of students, which varied from seven to 18-year-olds, were happy to learn the German text and deliver the maestro’s Ode to Joy.

“When I sing it together with my friends it feels really uplifting and I feel really positive and optimistic about the future,” says Ishtanetra Siva, a student at Al Yasmina Academy.

The hope is that Beethoven’s young fans will continue to be persuaded to develop their musical talent, and feel encouraged to participate in many more cultural events.

Members of the German Club from Al Ain were thrilled to see the Hamburg Symphony Orchestra in action.