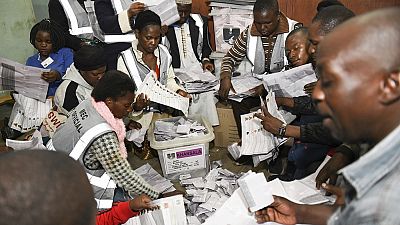 A senior member of the Malawi Electoral Commission, MEC, has made damning disclosures over the conduct of the body in the annulled election results.

According to commissioner Mary Nkosi, MEC “made a mistake” in declaring Peter Mutharika the winner of the election. According to her the elections had glaring irregularities and anomalies.

She also revealed that some members were even forced to sign the election results sheets few hours to the swearing-in ceremony. She was speaking before a parliamentary committee hearing on the court ruling.

Mary Nkosi, Electoral Commissioner told the committee: “My own conscience tells me that we did it – we were wrong – because I thought we should have gone to court, asked for an extension to look into these serious allegations of changing figures, erasures.”

This comes as the first legally contested presidential election in Malawi since independence from Britain in 1964. Malawi made history earlier this month when the Constitutional Court ruled in favour of an opposition petition to annul the results of last May’s presidential election on allegations of fraud.

The court ordered a new election within 150 days – as well as an investigation into the conduct of the election commission.