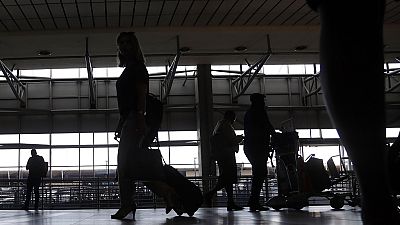 <p>African governments are stepping up measures to prevent the spread of the coronavirus, although the continent has so far been spared by the deadly virus that has claimed 259 lives in China.</p> <p>As the “phony war” against coronavirus gathers steam, experts fear that the poorest countries will not have sufficient resources if the epidemic erupts. </p> <p>Medical teams are stationed at seaports and airports to check the temperature of travellers. In Senegalese capital Dakar, small thermal cameras were spotted around passport control last week. </p> <p>“The first symptom of these contagious diseases is fever,” according to Dr Barnabé Gning, head of health checks at the Blaise Diagne de Diass airport near Dakar. </p> <p>In case fever is detected, the travellers is isolated while tests are carried out.</p> <p>The World Health Organization (<span class="caps">WHO</span>) on Thursday called the outbreak, which has spread from China to several parts of the world, an “international emergency”.</p> <p>Most of the cases of direct human-to-human contagion have occurred in China. Others have been reported in Vietnam, Germany, Japan, the United States and France.</p> <p>“Our greatest concern is the possibility that the virus could spread to countries with weaker health systems,” said <span class="caps">WHO</span> Director Tedros Adhanom Ghebreyesus in Geneva.</p> <p><strong>The Ebola experience</strong></p> <p>The risk of such transmissions is “very low in developed countries,” says J. Stephen Morrison of the Center for Strategic International Studies (<span class="caps">CSIS</span>) in Washington.</p> <p>However, if cases were to be exported “to certain countries in Africa or other continents where the means of health security are limited, then large outbreaks could break out outside China,” the expert fears.</p> <p>States are aware of the danger of viruses. West Africa was, from 2014 to 2016, hit by an epidemic of hemorrhagic fever due to the Ebola virus, which has killed some 11,300 people in Guinea, Sierra Leone and Liberia. Ebola has also killed more than 2,200 people since its reappearance in eastern Democratic Republic of Congo in August 2018.</p> <p>In Liberia’s capital, Monrovia, the head of the public health institute, Mosoka Fallah, estimated the cost of immediate measures to be implemented at $3 million, calling the spread of the coronavirus “catastrophic”.</p> <p>“Measures must be taken as soon as possible to prevent it from coming back here,” he told parliament.</p> <p><strong>Failing health care system</strong></p> <p>Angolan student, Anciao Fabiao Paulo, said “It’s a goner” if the coronavirus enters the country. “Our health system is vulnerable and we don’t have good specialists. People are already dropping like flies because of malaria,” he noted.</p> <p>A “special effort” of surveillance is expected from countries with strong ties to China, including Morocco, Ethiopia, Kenya, South Africa, Rwanda and Mauritius, John Nkengasong, director of the African Centre for Disease Control and Prevention (<span class="caps">CDC</span>), in Addis Ababa said.</p> <p>In Cape Verde, people are flocking to fennel, which has been hailed – wrongly – as a cure for the new coronavirus. In Nigerian capital Abuja, the closure of a Chinese store has made people fear the arrival of the disease, when it was simply a matter of removing expired food from the shelves. </p> <p>“Chinese shops should be avoided as much as possible,” said a journalist in Botswana, Mqondisi Dube.</p> <p>Without falling into psychosis, e authorities in several countries, including Senegal, are recommending that people take precautionary measures, such as washing their hands well with soap or sneezing into handkerchiefs.</p> <p>Mozambican authorities have suspended the issuance of visas for Chinese citizens. “For the same purpose, visas for Mozambicans wishing to travel to China are also suspended until the situation normalizes,” government spokeswoman Helena Khida explained.</p> <p>In Mauritania, the Chinese embassy has asked its nationals recently returned from China to remain confined to their homes for two weeks. A similar measure has been requested of anyone returning from China by the Nigerian Minister of Health, Osagie Ehanire.</p> <p><strong><span class="caps">AFP</span></strong></p>

Our health system is vulnerable and we don't have good specialists. People are already dropping like flies because of malaria.