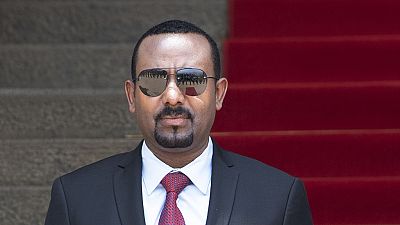 The past week has been one of human rights warnings to the Ethiopian federal government over opposition arrests over the last weekend.

“The return of mass arrests of opposition activists and supporters is a worrying signal in Ethiopia. These sweeping arrests risk undermining the rights to freedom of expression and association ahead of the 2020 elections,” said Deprose Muchena, Amnesty International’s Director for East and Southern Africa.

A HRW statement of January 27 said at least 75 supporters of the Oromo Liberation Front (OLF) were arrested … across the state including in Finchawa town in West Guji Zone of Oromia, and Shambu town in Horo-Guduru Wallaga Zone of Oromia.

“Among those arrested was Chaltu Takele, a prominent political activist. Police broke into her parents’ home in Shambu town, Horo-Guduru Wellaga at 5am on 26 January and arrested her. She is detained at the Shambu Police Station,” the statement added.

Laetitia Bader, a Senior researcher at Human Rights Watch, Africa Division in commenting on the arrests added that it was worrying that the government was starting an election year with arrests of opposition members.

The #BringBackOurStudents protests transited from a social media hashtag to the streets of several cities in the Amhara regional state and hundreds turned up to protest the inability of government to give concrete answers on the abduction.

The HRW researcher also decried the arrests and acts of intimidation to persons that were pushing for responses.

“Ethiopia’s government should be allowing individuals to question and criticize its response to the fate and whereabouts of the missing #DembiDollo students, not intimidating those who want to speak out,” she wrote on Twitter.

“It should also be seeking to share as much information on the fate of the students as possible. Families have a right to know the fate of their loved ones,” she added. Allied to that, the federal government has announced a committee to probe the matter.

“The investigation carried out following the news of abduction early December showed that 12 of the 17 kidnapped students were from Dembi Dolo University, he said. The remaining 5 students have not yet been identified, the Commissioner indicated,” the report added.

Over in western Oromia, protesters also marched demanding an end to what they said were the targeting of civilians by the government command post. Protests were called in the city of Harar. On Wednesday many parts of the city were shut down while roads connecting the city were blocked, local media portals reported.

The latest development on the issue is that Prime Minister Abiy Ahmed will be appearing before lawmakers on Monday to address current issues.