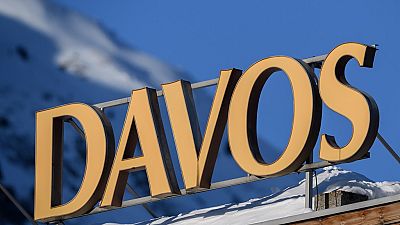 Several political and business leaders will join their counterparts at the annual World Economic Forum that kicked off on Tuesday in the Swiss city of Davos.

Ghana’s president Nana Akufo-Addo and United States president Donald Trump are among 3,000 leaders of business, politics and civil society expected at the forum.

In this article, we will keep track of major news, speeches, meetings, deals and takeaways for the African continent from this meeting of the elite global business community.

Ghana’s president who was in London on Monday for the Un ited Kingdom-Africa Summit is one of the African leaders who will be at the summit, along with leaders from the African Union.

Actively participating and chairing sessions at 50th anniversary of #WEF in #Davos. #DigitalEconomy #Africa #Integration #energy & #transport are on my agenda pic.twitter.com/RBgDc6GYCd

‘Africa’s richest woman’, Isabel dos Santos is conspicuously absent from the meeting where she usually interacts with world leaders.

Isabel, who is now a fugitive in her native Angola, is relentlessly using Twitter to defend herself from allegations of corruption and embezzlement of state resources.

The Davos Forum organisers however insist that her participation was cancelled this month, before an investigation by the International Consortium of Investigative Journalists and 36 media partners alleged that she fleeced her country of more than $1 billion through unscrupulous dealings.

It is not clear whether the forum or the daughter of longtime Angolan president Jose Eduardo dos Santos, cancelled the participation.

The Presidency can confirm that President Cyril Ramaphosa will not attend the World Economic Forum Annual Meeting in Davos, Switzerland, from 21 to 24 January 2020, and the UK-Africa Investment Summit in London on Monday 20 January 2020. https://t.co/IJVr1nlPXD