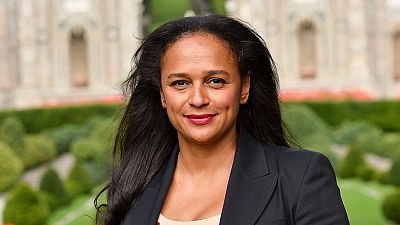 <p>Twitter has proven the preferred outlet of defense by Africa’s richest woman Isabel dos Santos in the wake of damning investigative report that said it had uncovered how she fleeced the country whiles her father was in charge for decades.</p> <p>The controversy surrounding dos Santos increased this week when the International Consortium of Investigative Journalists, <span class="caps">ICIJ</span>, and 36 media partners accused her of “two decades of unscrupulous deals.”</p> <p>Dos Santos took to Twitter to dismiss the investigation as lies.</p> <p>“The <span class="caps">ICIJ</span> report is based on many fake documents and false information, it is a coordinated political attack in coordination with the “Angolan Government”. 715 thousand documents read? Who believes that?#icij #lies”</p> <blockquote class="twitter-tweet"><p lang="en" dir="ltr"><span class="caps">ICIJ</span> report: This is perpetrated by political agenda to neutralize Isabel dos Santos. “Information” leaked by angolan intelligence services was used to manipulate <span class="caps">ICIJ</span>, and to further Angolan Authorities political agenda. Already:ICIJ Panama papers were disproved in UK High Court</p>— Isabel Dos Santos (@isabelaangola) <a href="https://twitter.com/isabelaangola/status/1218986777077321728?ref_src=twsrc%5Etfw">January 19, 2020</a></blockquote> <script async src="https://platform.twitter.com/widgets.js" charset="utf-8"></script> <blockquote class="twitter-tweet"><p lang="en" dir="ltr">This 👇🏽👇🏽👇🏽is what I do ! I build companies and enterprises, I invest and create jobs. This where my wealth comes from : <span class="caps">BUSINESSES</span>, please watch this video- building Candando my supermarket: <a href="https://t.co/ty4HyPbKPp">pic.twitter.com/ty4HyPbKPp</a></p>— Isabel Dos Santos (@isabelaangola) <a href="https://twitter.com/isabelaangola/status/1219027919282098181?ref_src=twsrc%5Etfw">January 19, 2020</a></blockquote> <script async src="https://platform.twitter.com/widgets.js" charset="utf-8"></script> <p>According to the report, dos Santos, her husband and their intermediaries put together a web of more than 400 companies in 41 countries that over the past decade were awarded consulting jobs, loans, public works contracts and licenses worth billions of dollars from the Angolan government.</p> <p>The allegations were based on more than 715,000 confidential financial and business records provided by the Platform to Protect Whistleblowers in Africa, an advocacy group based in Paris, as well as hundreds of interviews. The cache of documents is known as Luanda Leaks, named for Angola’s capital, Luanda.</p> <h2 style="font-size:16px;"> December 2019 court order freezing Isabel’s assets </h2> <p>Last December, a Luanda court froze dos Santos’s major assets, which include banks and a telecom company. The government says it is trying to recover $1.1 billion it says the country is owed by dos Santos, her husband and a close associate of the couple.</p> <p>Angola anti-corruption activist Rafael Marques urged Angolan and Portuguese authorities to investigate dos Santos for crimes.</p> <p>“Isabel dos Santos and her facilitators have to be investigated,” said Marques to the Portuguese New Agency, Lusa. ”“We are talking about money laundering schemes that have harmed Angola and the Angolans and should be seriously investigated.”</p> <p>One of the firms that worked with companies controlled by dos Santos was accounting firm PwC. Its <span class="caps">CEO</span>, Bob Moritz, told The Associated Press in Davos that it is conducting an investigation and has “ceased doing work for her and the organizations around her.”</p> <p>“I’m personally tremendously disappointed in terms of the association we had, and the fact that we didn’t get out of that relationship earlier,” he said. “But I’m thankful that we’re getting out of it now.”</p> <p>He declined to elaborate. PwC had longtime business dealings with dos Santos.</p> <h2 style="font-size:16px;"> Isabel pulls out of Davos summit </h2> <p>The rapidly changing circumstances for Isabel dos Santos, widely known as “Africa’s richest woman,” is evident by her absence at the the World Economic Forum in Switzerland.</p> <p>Instead of hobnobbing with world leaders in Davos, she is confronted with calls for her to be investigated for criminal corruption and is hotly defending herself on Twitter.</p> <p>Forum organizers said the participation of dos Santos, daughter of longtime Angolan strongman Jose Eduardo dos Santos, at the forum’s annual gathering in Davos was cancelled this month, well before an investigation alleged that she bilked her country of more than $1 billion through unscrupulous dealings. Forum spokesman Max Hall refused to specify whether the forum or dos Santos cancelled her participation.</p> <p>However, the forum says it’s maintaining its ties to one of the companies controlled by dos Santos.</p> <p>The forum said dos Santos’s company, Unitel, “remains a partner.” Such partner companies can pay tens of thousands of dollars for the privilege of associating with the forum, which this week is hosting U.S. President Donald Trump and some 3,000 leaders of business, politics and civil society.</p> <h2 style="font-size:16px;"> The dos Santos era and calls for justice </h2> <p>Jose Eduardo dos Santos ruled the oil- and diamond-rich nation for 38 years until 2017. Human rights groups have long accused the former president of stealing vast amounts of state money during his rule. </p> <p>Despite the country’s wealth, poverty is widespread among Angola’s 30 million people and its standards of health and education are abysmally low, according to U.N. surveys.</p> <p>Isabel dos Santos said that she has amassed her fortune, estimated by Forbes Magazine at $2.2 billion, through hard work. She has said on Twitter that she will use all possible legal means to fight the legal actions against her and her companies.</p> <p>In London, Angola’s Minister of Economic and Social Development, Manuel Nunes Júnior, said Monday that no one is above the law. Junior spoke in London while attending the first UK-Africa Investment Summit, opened by Prime Minister Boris Johnson and attended by Prince Harry.</p> <p>“We need to have a true rule of law in Angola. We believe that the rule of law is the essential element for the confidence of agents in the society in which we operate,” he said, according to Lusa.</p> <p>In response to questions from journalists the Angolan minister said that “no one can be above the law, the law must be the same for everyone.”</p> <p><strong><em>AP</em></strong></p>

We need to have a true rule of law in Angola. We believe that the rule of law is the essential element for the confidence of agents in the society in which we operate.