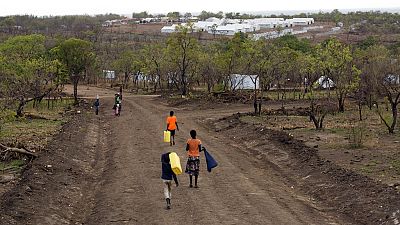 A Ugandan minister has attracted ridicule and condemnation of citizens on social media after his comments on bad roads not been entirely bad as thought.

Henry Okello Oryem, the state minister for Foreign Affairs is reported by the privately-owned New Vision newspaper as telling lawmakers that bad roads were not entirely to blame for Uganda’s low tourist figures as compared to neighbouring East African nations.

“For us, a bad road is cause for complaining. But for people in affluent societies who have never experienced getting stuck on a bad road, pushing a car from a ditch can be part of tourism experience,” Oryem said.

He was speaking as leader of a group of technocrats who on Tuesday (January 14) appeared before a parliamentary committee to “answer queries relating to next year’s Budget Framework Paper,” the New Vision report added.

The committee had expressed concerns over the sore nature of roads especially in the wake of prolonged rains and also how Kenya and Tanzania continued to attract more tourists year in and out as against Uganda.

The minister stressed that in his opinion the bad roads were not hampering the country’s potential. He pointed to how most travel outfits continued to point tourists in the direction of Uganda as a key African tourist destination despite challenges.

In 2018 Godfery Chiwanda, Minister of State for Tourism told Africanews in an interview: “We are doing two things, one; we are doing more in tourism promotion. And in the tourism promotion we are doing both domestic campaign which is under … arrangement that is equipping Ugandans about the knowledge about their country and letting them tour the country.”

He also stressed that there was an active plan at the time to promote regional and international attraction to Uganda tourist potential. The area of a national airline was a major issue he dwelt on.

According to the Minister, an airline gave an added international boost to tourist potential of a country. The return of the carrier was actualized in August last year when president Museveni presided over the outdooring of two jets to commence operations.

Lonely Planet, one of the leading tourist websites wrote about Uganda’s tourism potential: “With a tapestry of landscapes, excellent wildlife watching and welcoming locals, Uganda packs a lot into one small country.

“It’s home to Africa’s tallest mountain range (the Rwenzoris), the source of the Nile, the world’s longest river and the continent’s largest lake.

“Rafting the Nile offers a world-class adrenaline adventure, but the country’s most iconic experience is tracking mountain gorillas in their misty habitat. And if you view the Big Five, you’ll see that nature – diverse and resplendent – looms large here.”

Reports indicate that tourism is Uganda’s highest foreign exchange earner, but government has been blamed of paying lip service to the sector hence the gains attracted by neighbours while Uganda reputed as the “Pearl of Africa” misses out.