The electricity company of Congo known as the Énergie électrique du Congo (EEC) in the Republic of Congo says it is undertaking an inventory of its clientele. The aim of the operation is to clean up its files to and weed out consumers connected to the power grid fraudulently.

The operation, according to managers, could help relief the populations of the hell of frequent power cuts.

‘‘We have to put meters in customers’ homes. That way we will discipline those who misuse electricity. We will also help to reduce the amount of load shedding in the sector’‘, Director General of the state-run company, Adou Danga told the press Monday.

Once we have commissioned the third turbine in Pointe-Noire, we will have put an end to load shedding due to production.

It will not be easy to get rid of this phenomenon without additional challenges.

‘‘Once we have put service stations under construction in areas where there is load shedding, we will put an end to the phenomenon of sectoral load shedding. Once we have commissioned the third turbine in Pointe-Noire, we will have put an end to load shedding due to production. But for Brazzaville, parameters linked to the configuration of the national grid do not allow for the arrival of all the energy produced at Pointe-Noire into Brazzaville’‘, he added.

Consumers say they have taken note. Jean Pierre Mabila is President of the Association for the defense of consumer rights.

‘‘It’s a very good thing. We’re waiting for the results on the ground. Especially for load shedding, they better improve’‘, Mabila said.

In 2019, the EEC lost a little over 4 million euros due to distribution losses. 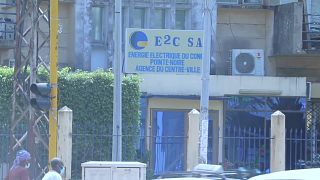