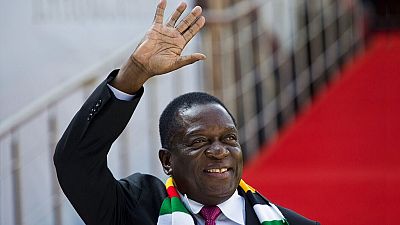 Zimbabwean President Emmerson Mnangagwa has taken his annual leave handing over executive authority of the southern African country to his two Vice Presidents.

A January 8, 2020 statement issued by the presidential spokesperson, George Charamba confirmed that Mnangagwa will spend his three-week vacation in the country. He will be away till the end of the month.

Zimbabwe traditionally has two vice presidents, the president has handed over to the two of them, they are expected to act in turns, the statement stressed.

Zimbabweans reacting to the leave are focusing on different angles of the development. Whiles some are happy the president is staying within the country over the period, others are concerned why Chiwenga, currently in China (for medical reasons) is acting first instead of Mohadi who is available.

“Will take turns in further corruption and oppression. Why can’t they all go on permanent vacation together,” one Twitter user wrote. “Is the General back or he’ll act in absentia? In Zim anything is possible,” another wrote.

Elsewhere in Africa, nationals have reacted furiously to presidents taking their vacations outside the country. Medical attention overseas is another area that has attracted critical reactions of citizens especially in Nigeria where president Buhari vacations and seeks medical care in London.