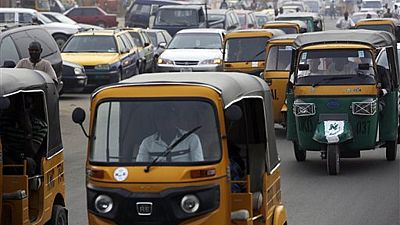 Kano, a Muslim-dominated state in northern Nigeria has announced an impending ban on people of the opposite sex patronizing the same commercial tricycle.

The Kano state government said the ban will take effect from January 2020 stressing that it was in line with upholding Islamic values across the state. People on social media are however not enthused by the move.

A representative of the state governor, Abdullahi Ganduje, disclosed the measure midweek during an event at a famed university – the 77th annual Islamic vacation course (IVC) at Bayero University, Kano.

Harun Ibn-Sina, commander-general of Hisbah Board – the religious police, echoed the new directives during an event organised by the zone A of Muslim Society of Nigeria (MSSN).

The state is going back to a measure that existed years back when the tricycles were introduced. Under then governor, Ibrahim Shekarau, the commercial tricycles were strictly a means of transportation for women even though all operators are men.

In later years, the women only rule was reversed and mixed use kicked in. The cycles painted yellow are a key means of transport across the state and other areas in northern Nigeria.

Officials are on record to have hinted of a ban in a move they said would sanitise the activities of commercial tricycle operators.

I’m trying to correctly understand this Keke Napep policy in Kano. Are married couples, adult siblings of opposite sexes, and parents with adult children of opposite sexes also affected by this new regulation that criminalizes sharing of a tricycle by opposite sexes?

As the Kingdom of Saudi Arabia decided to get closer to 2019, GovUmarGanduje is determined to entrench extreme measures by pandering to fundamentalists.
Tricycle o, not even achaba or okada.
The same way Yerima started and it emboldened fundamentalists across Nigeria. Sad. https://t.co/bNtq58UAbg

Same Sharia law in Kano was what brought Keke Napep, it’s not a new thing Ibrahim Shekarau did something like this which Ban motorcycles from carrying women passenger’s. And all those pple abusing Ganduje i believe he’s perfoming more than ure State Governors.

…used tricycles as a means of getting around. There are no frequent buses or intra-city rail line alternatives for the masses. A “drop” is also significantly more expensive than sharing with other passengers. What drives women and non-mahram men to share a tricycle is money…

This is extremely backward & disgusting. Keke prohibition offends S. 17 of the 1999 Constitution which forbids gender discrimination. Ganduje of Kano & many public officials need to be schooled on democracy and human Rights. Shameful! https://t.co/vIMITyNfI2

So in Kano if you going out with either your sister’s or female friends, y’All can’t use the same keke napep za..
Mennnnnnn I can’t stop laughing
????????