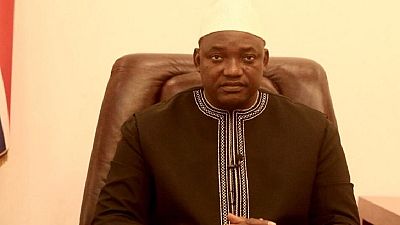 “To lose sixty young lives at sea is a national tragedy and a matter of grave concern to my government. A full police investigation has been launched to get to the bottom of this serious national disaster. The culprits will be prosecuted according to law,” the words of Gambian president Adama Barrow on Saturday.

He was speaking in a national address around the death of sixty nationals off the Mauritanian coast last Wednesday as they embarked on an illegal migration mission.

The incident was marked as one of the deadliest disasters this year among people making the perilous journey to Europe. The boat that left Gambia a week earlier had been carrying at least 150 people, including women and children.

Scores others who survived the accident are still in Mauritania where the Gambian government says it is extending all necessary assistance to them.

Back home, the government says a specialized operations center is in place to liaise with families of victims. The president said 109 intercepted migrants were also set to be repatriated in due course.

“Immediately after news of this tragedy reached me, I mobilized my entire team to ascertain how the accident happened. Who were involved in it and provide background information of the victims.

“A high-level government delegation has been dispatched to Mauritania, they are working with local authorities and our embassy staff currently in the Mauritanian city of Nouadhibou, where the accident happened to provide support to the victims and participate in the recovery efforts,” Barrow said.

The ill-fated boat was headed toward the Canary Islands when it tried to approach the Mauritanian coast to get fuel and food, Laura Lungarotti, chief of mission in the West African nation with the U.N. migration agency, told The Associated Press.

“Many drowned. The ones who survived swam up to the Mauritanian coast close to the city of Nouadhibou,” she said. “The Mauritanian authorities are very efficiently coordinating the response with the agencies currently present” in the northern city.

Despite the country’s small size, more than 35,000 Gambians arrived in Europe between 2014 and 2018, according to the U.N. migration agency.

A 22-year rule by former President Yahya Jammeh affected the country’s economy, especially for youth, and contributed greatly to the exodus.

Since Jammeh fled into exile in January 2017 after a surprise election loss, European countries have been pushing to return asylum seekers. But Gambia’s economy still suffers. The coastal nation was shaken earlier this year by the collapse of British travel company Thomas Cook.