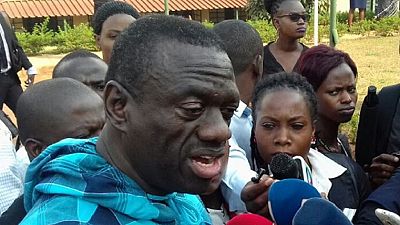 Uganda’s police on Wednesday blocked opposition leader Kizza Besigye from leading an anti-corruption march in competition with one organized by the president.

He cannot be pretending to fight corruption because he is at the apex of state corruption in Uganda.

Besigye had been driving to the place where the anti-corruption walk was supposed to start when police stopped him and forcefully returned him to his home, which is still under police guard.

Earlier, Besigye criticized Museveni for leading a government march against corruption. “He cannot be pretending to fight corruption because he is at the apex of state corruption in Uganda,” Besigye said of Museveni.

After the walk, Museveni told government officials to recruit public servants based on their integrity.

According to Transparency International’s 2018 rankings, Uganda is 149th of 175 countries for corruption.