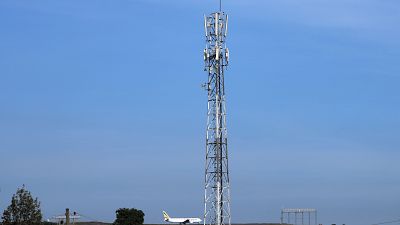 The last remains of 157 people killed aboard an Ethiopian Airlines plane in March were interred at the crash site this week, farmers and families told Reuters, but some relatives were upset they had been unable to take part in the ceremony.Nadia Milleron, whose daughter Samya Stumo was killed, said an email was sent to some families — but not all — notifying them of the burial just two days before it happened.

“By the time the burial took place I was just wiped out; I was just glad they were doing it. I was tired of it not being done,” said Milleron. “But a lot of people didn’t feel like that. They hadn’t been aware of what was happening.”

Ethiopian Airlines did not return calls seeking comment about why some families were not told in advance.

Families have been begging the airline to fill in the crater left by the March 10 crash, which still contained remains too small to be recovered.

Milleron said on Saturday that locals had been burying remains exposed by rains in small mounds of earth. She herself found a bone at the site when she visited Ethiopia to collect her daughter’s remains in October, which she told the airline about in an email.

The force of the impact meant no complete bodies were recovered; partial remains were tested for DNA and finally returned to families last month.

As the burial took place on Thursday, a U.S. embassy representative present kept Milleron updated by text: “Now they’re laying the coffins down, now they’re putting earth on them …”

“I became a blubbering mess,” she said.

Milleron said the lack of notice of the burial ceremony had raised tensions between the families and Ethiopian Airlines.

Representatives of the airline and of Boeing and some embassy employees were there. The Boeing representatives were on a prearranged trip to discuss community projects, Milleron said.

Boeing manufactured the 737 MAX 8 plane, which nosedived shortly after take-off. A preliminary investigation pointed to a malfunctioning anti-stall system known as MCAS, which was also implicated in the crash of a Lion Air plane in Indonesia five months earlier. All 189 people onboard that flight were killed.

Tesfaye Mulatu, a farmer near the crash site, said he had seen a helicopter arrive and cars bring caskets on Thursday. The crater left by the impact has been filled in, he said.

“Now, the area looks a football field,” he told Reuters by telephone.Some bereaved families have formed associations and hope to use funds from Boeing to build a memorial. The manufacturer will make $100 million available, with half going to families and half to projects in local communities.

“We continue to offer our deepest sympathies to the families and loved ones of the victims of Ethiopian Airlines Flight 302 and Lion Air Flight 610 and we are committed to helping those affected by these tragedies,” Boeing spokesman Chaz Bickers said.