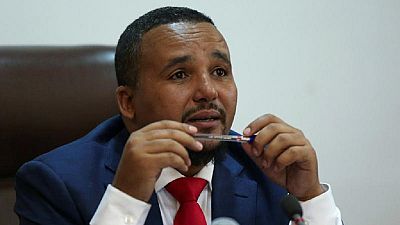 Jawar Mohammed, an influential pro-democracy activist in Ethiopia is leaving the country 15 months after he returned to the country following years in exile in the United States.

In a Facebook post, Jawar said he was on a mission to go and engage the diaspora on events back home and how to chart a political future.

He specifically mentioned engaging Ethiopians in North America and Europe stressing that it was “ to reengage the diaspora then return the homeland for full scale ground work.”

Jawar’s security was at the center of recent violence across the Oromia region, which incidents led to deaths of 86 people and injuries to scores. Authorities also confirmed the arrest of hundreds in connection to the violence.

Despite being influential in the mass protests that brought Abiy to power in 2018, Jawar and Abiy engaged in public spats around political and security issues.

Abiy’s comments in parliament on media people formenting trouble despite not having Ethiopian citizenship was interpreted by Jawar as a a dig at him. An attempt to withdraw his security detail led to the protests that claimed lives.

After tumultuous past weeks, now I am headed to the diaspora to consult and converse with our communities about whats happening in our homeland and what awaits us ahead.

In towns hall meetings in selected cities in North America and Europe we will be reviewing the course we have traveled thus far, our mistakes and accomplishments. We will brainstorm, debate, plan and strategize our nations path towards the future, election 2020 and beyond.

Since the ‘Oromo First’ campaign days, town-hall discussions have been instrumental settings to draw inspiration, enrich our thoughts with unfiltered feedbacks and energize our base.

We have had continued these tradition of town-hall conversations in Oromia in the last year and half and have been very rewarding in helping us understand the aspirations and views of our communities.

Now its time to reengage the diaspora then return the homeland for full scale ground work. See you in one of the towns.