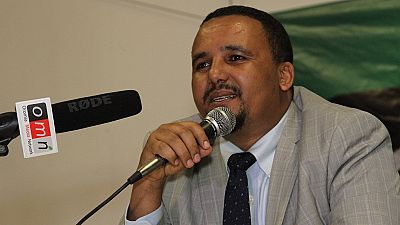 Jawar Mohammad, an online activist and fierce critic of Ethiopia’s one-party government through his outlet Oromia Media Network, returned to the country on Sunday after 13 years in exile.

Through his media outlet OMN, Jawar has promoted strikes and anti-government protests, particularly among the country’s largest ethnic group the Oromo.

Protests that began in late 2015 among the Oromo and then spread to the second-largest group the Amhara left hundreds dead and prompted the government to twice declare a nationwide state of emergency to halt the unrest.

It also played a role in the resignation last February of Prime Minister Hailemariam Desalegn who struggled to appease the protesters.

Hailemariam’s government banned the OMN and last year levied charges of inciting violence against Jawar, who lived in the United States.

Those charges were dropped after Abiy took office.

Speaking to reporters on Sunday, Jawar said he planned to stay in Ethiopia for good and would focus on expanding OMN’s operations and re-orienting its editorial policies.

“OMN was an activist media until now. We took clear sides with the Oromo protests,” Jawar said. “From now on, we’re going to move to the center.”

Since taking office, Abiy, himself an Oromo, has encouraged anti-government activists like Jawar to return to Ethiopia.

He has also freed jailed dissidents and removed several armed groups from Ethiopia’s list of terrorist organizations, while signing a peace deal with neighboring Eritrea that ended two decades of hostilities.

Through his work with OMN, Jawar has become a controversial household name in Ethiopia, but he swore off seeking elected office.

“I think I have done my share for this country,” he said. “I want to have an advisory role from now on.”