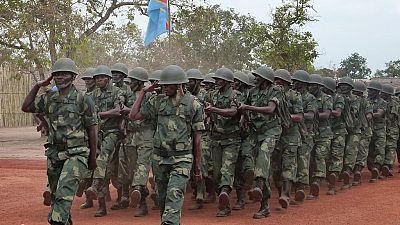 Congolese forces said on Saturday they had killed 25 rebels since launching an offensive against them late last month in an eastern region also struggling with an Ebola outbreak.

Seven soldiers from the Democratic Republic of Congo had also died since the campaign to root out the Allied Democratic Forces (ADF) militia began on Oct. 30, the general in charge of the operation, Jacques Nduru, told Reuters.

He said the army had seized four of the group’s positions around the eastern city of Beni in North Kivu province. Regular militia attacks have hampered efforts to contain Ebola across the area.

The ADF, originally a Ugandan rebel group, has been operating along the Congo/Uganda border for more than two decades. It is one of a number of armed factions active in east Congo long after the official end of a 1998-2003 war.

The ADF is the most active of the 130 armed groups operating in eastern DRC listed by the Congo Group of Experts. It is one of the main foreign groups with the FDLR created by Rwandan Hutus after the Tutsi genocide in 1994.

Several of ADF’s attacks have been claimed by Islamic State, but the extent of their relationship remains unclear.