Syrian-born Ronaldo Mouchawar once had ambitions to be a basketball player.

Ultimately, however, he followed in the footsteps of his father who was a merchant, and the man who inspired the name of his online auction site, ‘Souq.com’ in 2005.

The CEO grew his business steadily for 13 years, adding millions of products from fashion and electronics to homeware, until the site became the biggest e-commerce retailer in the Arab world. 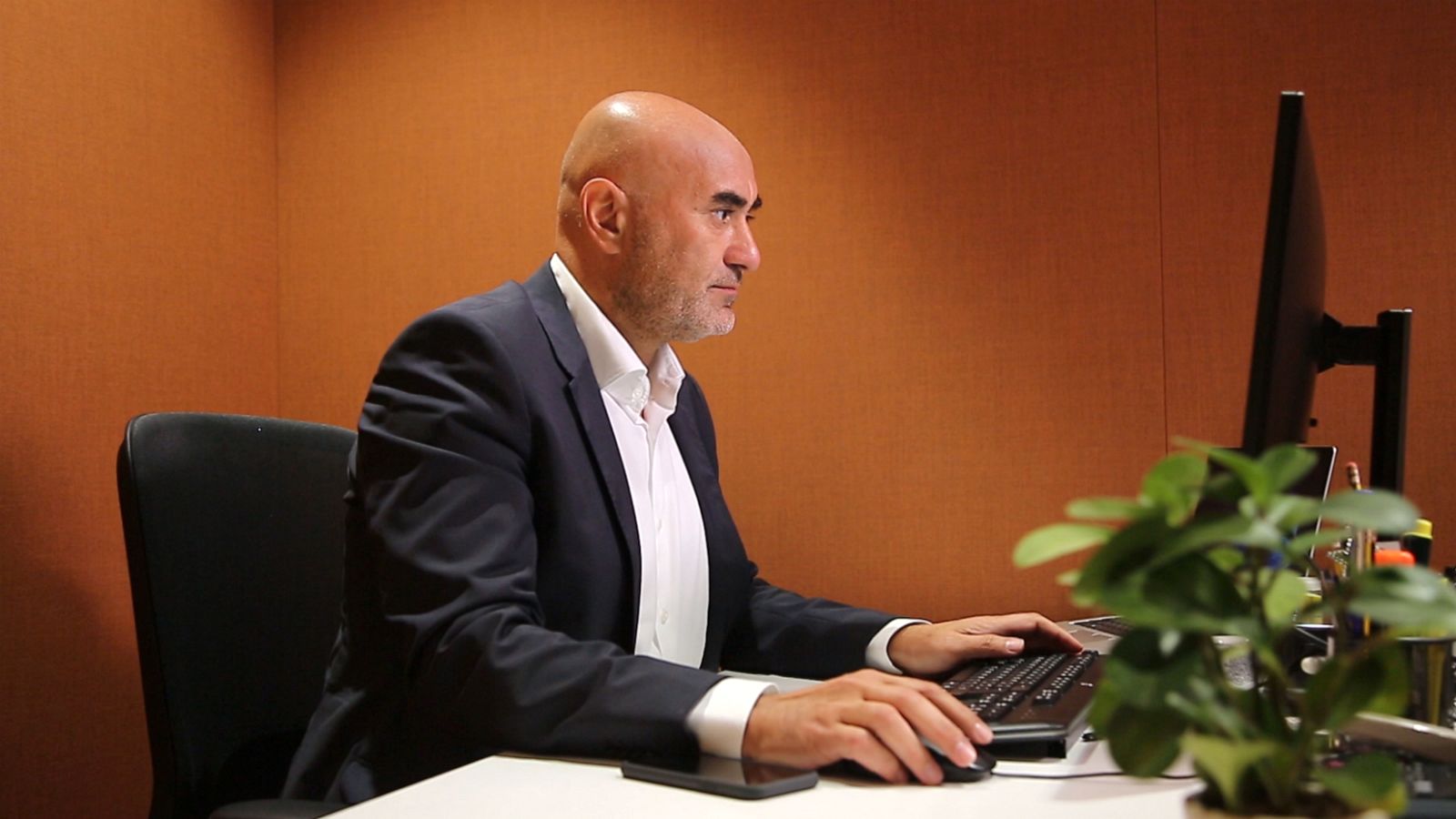 A landmark moment came in 2017, when the US tech giant Amazon acquired Souq for $580 million and Amazon.ae was born.

Today, more than 30 million products can be found available online, including 5 million ones from Amazon U.S, which is attracting upwards of 45 million visits per month.

Regional shopping habits have traditionally been rooted in people visiting mega malls, with the UAE Ministry of Economy estimating that e-commerce constitutes only around 10 percent of total sales in the Emirates.

Consumer habits may be changing, according to Fitch Solutions Macro Research, who state that the region’s e-commerce sector in now the fastest growing in the world, with online sales estimated to double to nearly $49 billion by 2021.

To see what the e-tailer Amazon.ae planned to deliver following Souq’s acquisition, Rebecca McLaughlin-Eastham met with its Vice President, Ronaldo Mouchawar in Dubai. 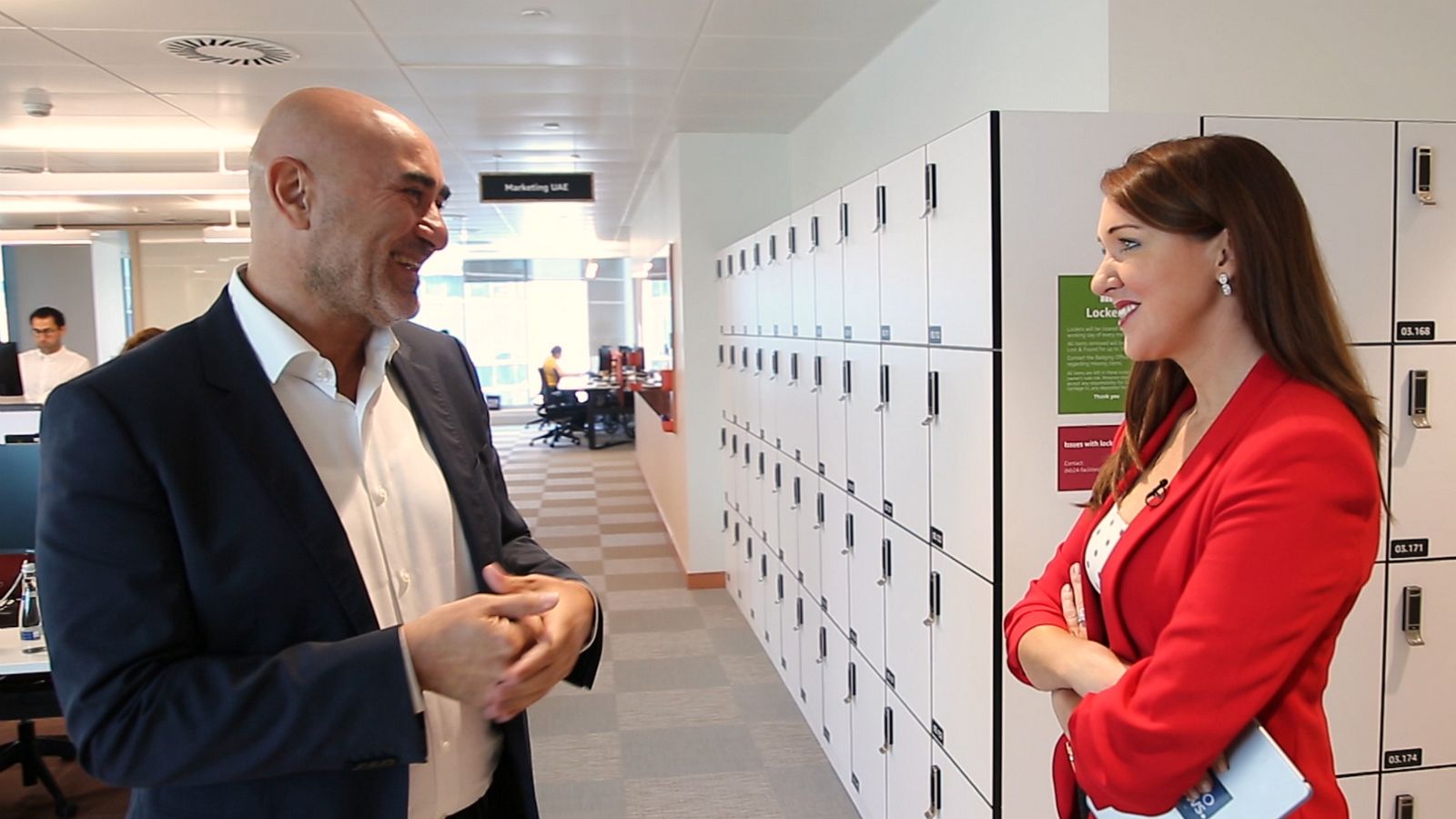 Rebecca McLaughlin-Eastham: Let me start by asking what prompted you to sell Souq?

Ronaldo Mouchawar: We wanted to be part of something more global. Amazon and Souq had similar businesses and they had the same DNA in terms of using technology to break borders. Amazon was looking at the region and Souq had a lot of the ingredients that Amazon’s leadership and principles had.

Rebecca: The road to merger or acquisition can sometimes be bumpy one. So, in terms of streamlining and integrating the businesses, what was the biggest challenge?

Ronaldo: We launched Amazon.ae in May, so that was kind of the roadmap to integrate the two technologies into offering it locally here in the region. We do things a bit differently; our address, our structures are different – cash on delivery, the type of products etc. And clearly language, this region speaks Arabic and Amazon didn’t have Arabic. The merger really works well for customers here and we already see a massive change in terms of the type of product selection, choice and speed.

Rebecca: I want to drill down into the psyche of your consumers, not least in the U.A.E. They are demanding, they want certain niche products, they want it now and they want to pay cash. So, how do they compare to consumers in more mature markets?

Ronaldo: Consumers in this part of the world are very connected. As you said, they’re very savvy at the service level – they’re very demanding. What has kind of stopped e-commerce from growing or, at least, having slow growth early on – because e-commerce is still a very small share of offline – was just the choice of products. 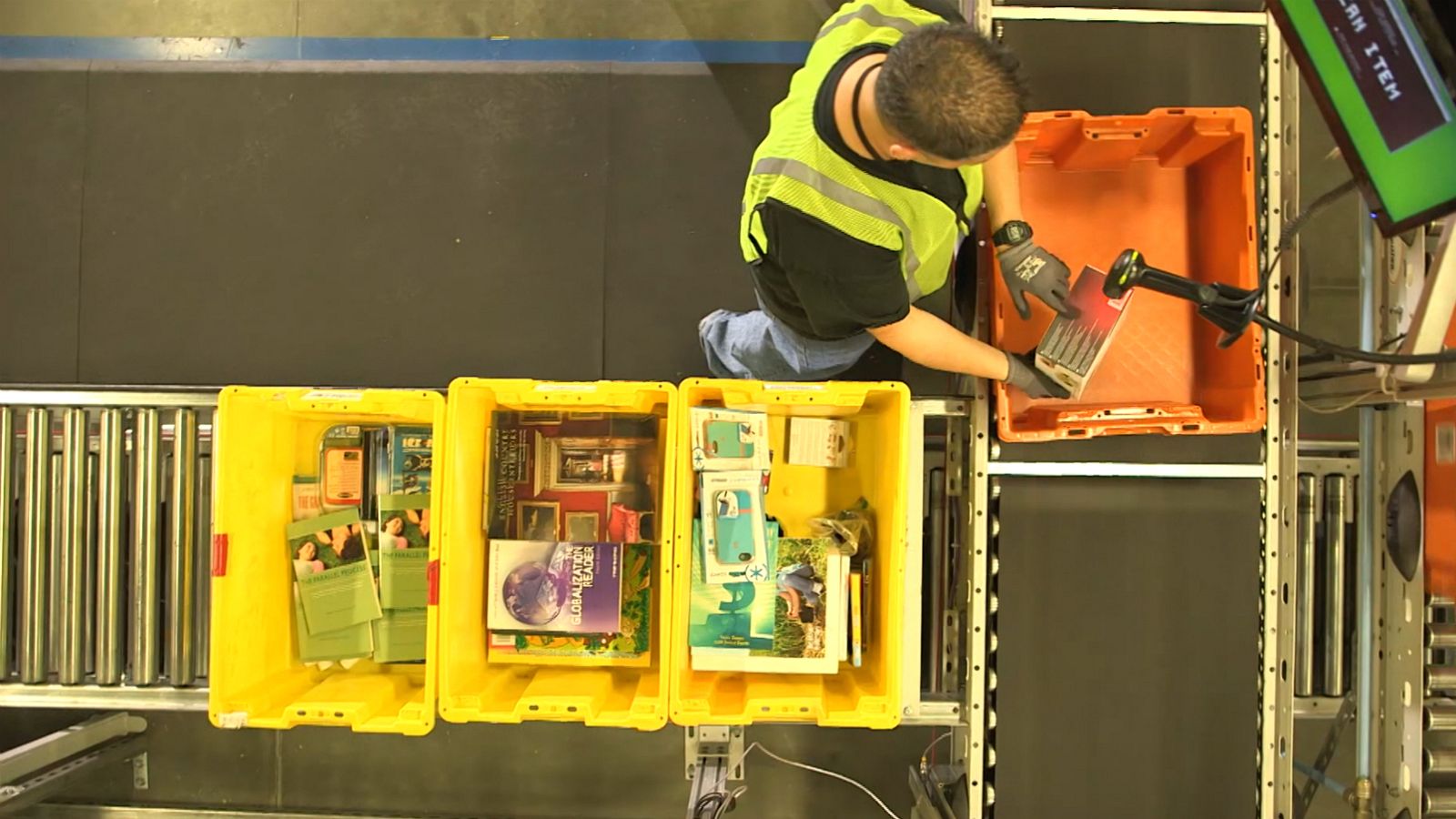 Amazon.ae is looking out for new delivery technology, according to Ronaldo Mouchawar / Photo courtesy: Amazon

Rebecca: It doesn’t get speedier than a drone, does it? So, tell me when will I have products dropped on my doorstep by drone? For it’s something you’ve mulled since 2015.

Ronaldo: At this stage, I think for the UAE we’re more focused on regular delivery in terms of speed, but we continue to look at this innovation in terms of how it can play a role. We see a lot of value in remote areas where drones, for example, can be a significant support for our delivery network. But at this stage, you know, we’re more focusing on Prime deliveries that take place with vans, hopefully energy-saving vans, and we’ll go from there.

Rebecca: Talk to me about where your products are coming from. Because Korea – where you’re jetting off to tonight – is a place which you say has overtaken Japan, China, and even Europe in terms of what it’s bringing to your business.

Ronaldo: From the West, many customers in this part of the world like Western brands and they have a lot of affiliation with them. A lot of customers also like products from the East, even from India.

We have launched a route where sellers and brands from India are able to come to the UAE and do business here, with us providing the logistics and the distribution. There’s also Arabization on the site, for local customers to interact with this brand.

So, this is not only an opportunity to bring products into the region but for our markets similar to Egypt and Saudi Arabia, where we have strong manufacturing base. Egypt is known, for example, for its textiles and many cotton products. 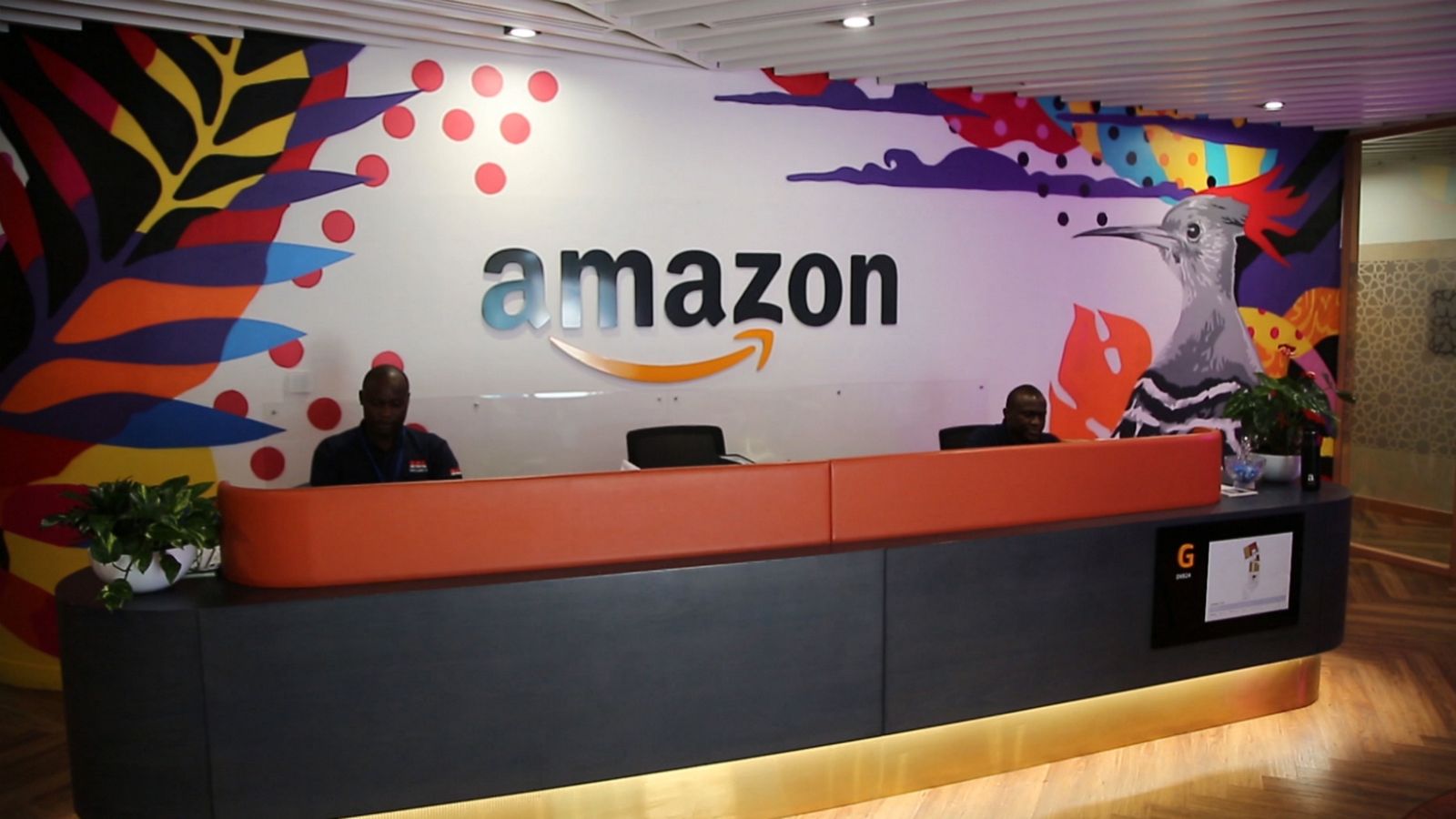 Rebecca: Spending across the globe has had a turbulent year. In light of the current economic situation, and domestic malaise, how is business? What are the trends that you’re seeing right now?

Ronaldo: Fifty percent of the population in this part of the world is below the age of 25. These customers are very tech-savvy. They are empowered by their phones. We see the mobile penetration numbers and our app usage is continuously growing. That’s kind of where we feel growth is driven.

Obviously, especially in economic times, people may be a lot more conscious on where they spend. They want to have choice, a selection, and they don’t want to pay more. Young customers are impatient, and they push us to improve.

Rebecca: If there’s anywhere you’d rather be, when not in the boardroom, it’s arguably the basketball court. So, are there any transferable skills between the two worlds? Any rules of the game and engagement that transfer to business?

Ronaldo: Sometimes, you can see in my meetings where basketball comes up. I think the idea that you are a team, you have basketball, you play offense and defence. So, it’s one of those unique sports where you have to have multiple skills, it’s not one. It’s a team sport, so even if you have stars, you don’t win all the time. Actually, you miss more shots than you make in most of the games that you play.

I think it’s how you fail fast, learn, have a short memory, and get back on the court. Practice, prepare, you know, plan. Those things come up in our meetings.

And UAE-based Charlotte from the UK says her cat finds delivery boxes the “purrfect” spot in which to pose.