Air Zimbabwe's only plane impounded by South Africa over debts 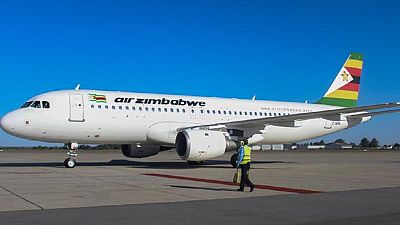 The only operational aircraft of Zimbabwean national carrier, Air Zimbabwe, was impounded by authorities in South Africa over debts.

The TimesLIVE news portal reported that the Airports Company of South Africa (Acsa) had impounded the Boeing 767-200 because Air Zimbabwe owed Acsa payments for “landing, parking and passenger services for flights into Johannesburg.”

Officials of the airline also confirmed to the portal that the aircraft was held at Johannesburg’s OR Tambo International Airport on Wednesday.

The company informed Air Zimbabwe by letter on October 18 that that it will not be allowed to depart from any of Airports Company South Africa’s nine airports and that the prohibition will remain in place until outstanding amounts are settled.

Beside the impounded plane, Air Zimbabwe has also been suspended from using the airport due to its indebtedness.

Operations between Johannesburg and the Zimbabwean capital Harare were affected by the incident. Passengers expected to be carried midweek failed to be flown whiles others able to use other flights.

Flights remained cancelled as at Thursday as the airline moves to resolve the impasse. The grounded plane is the only carrier it currently operates with a Johannesburg Harare route as well as making domestic flights between Harare-Bulawayo and Victoria Falls.

Air Zimbabwe spokesperson Tafadzwa Mazonde confirmed the seizure of the aircraft and stated that airline officials were engaging Acsa to release the aircraft.

“That’s what is happening. It’s a temporary suspension over a cumulative debt. We are in discussion with our shareholder and we are hopeful that we will find a solution,” said Mazonde.

“As a cash client, Air Zimbabwe is required to settle on each Monday the amounts owing for landing fees, parking fees and the passenger service charge for its weekly flights, as well as an amount towards settling arrears on its account,” said Acsa spokesperson Trevor Jones.

“Air Zimbabwe has not adhered to the cash basis terms for using airports owned by Airports Company South Africa.

“The company informed Air Zimbabwe by letter on October 18 that that it will not be allowed to depart from any of Airports Company South Africa’s nine airports and that the prohibition will remain in place until outstanding amounts are settled,” he added.