Egyptian comedian Bassem Youssef: “Nobody should be above satire”

Since he burst upon the comedic scene in Egypt back in 2011, political satirist, author and stand-up star Bassem Youssef, has been endlessly compared to The Daily Show’s former host, John Stewart.

It’s not just a passing physical resemblance the two share, it’s a knack for lambasting and lampooning global leaders and shining a spotlight on social and political unrest.

Forty-five-year-old Youssef’s journey to stand-up and comedy was unconventional, given his early career as a heart surgeon. 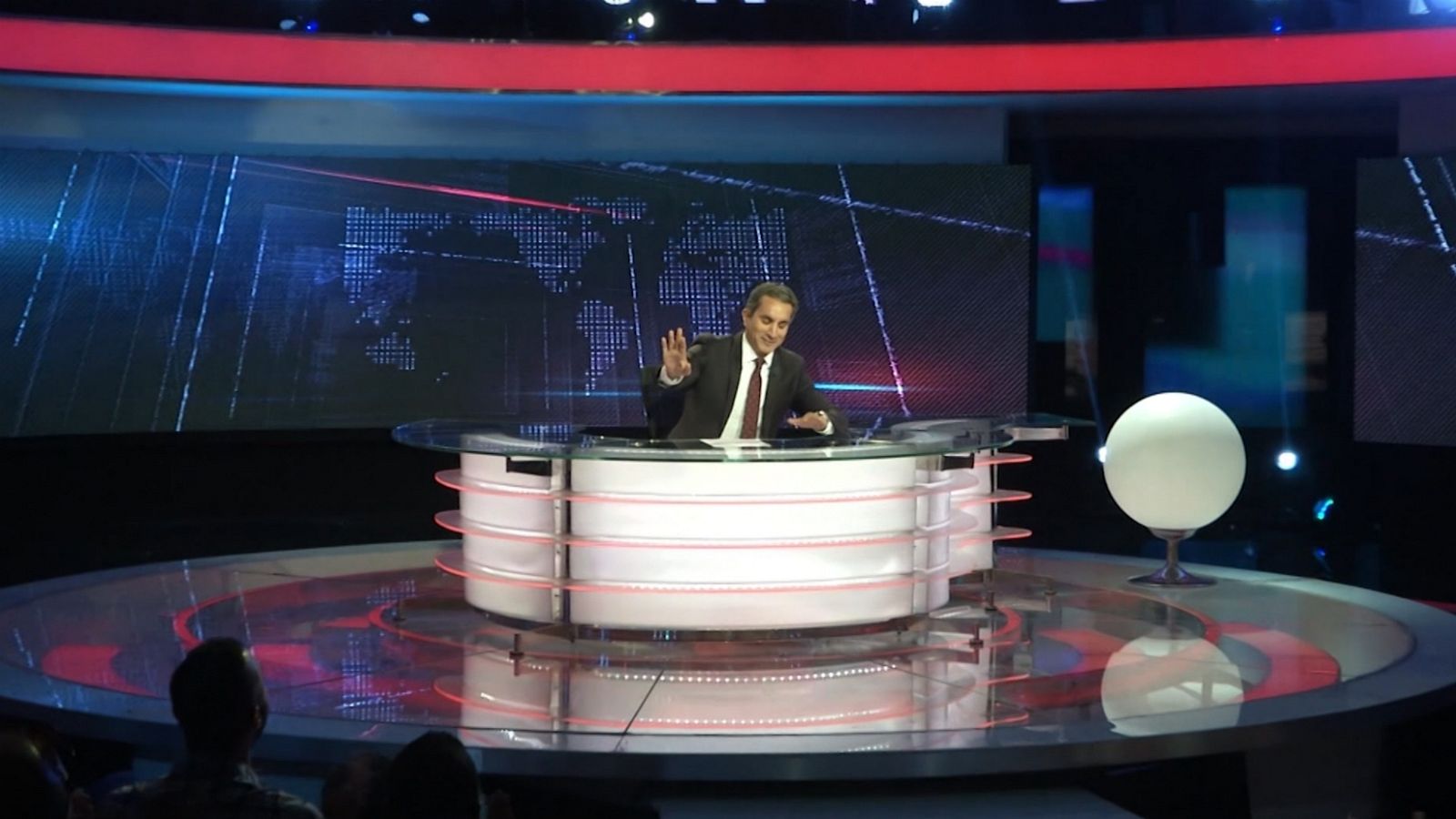 However, inspired by the Egyptian revolution of 2011, he created a series of short satirical shows on his YouTube channel and views soared to five million in just three months.

His popularity led to his own weekly television show, called Al-Bernameg, which at its height saw a third of the Egyptian population tune in for his rapier satirical analysis of the actions of the then-Presidents and the Muslim Brotherhood. 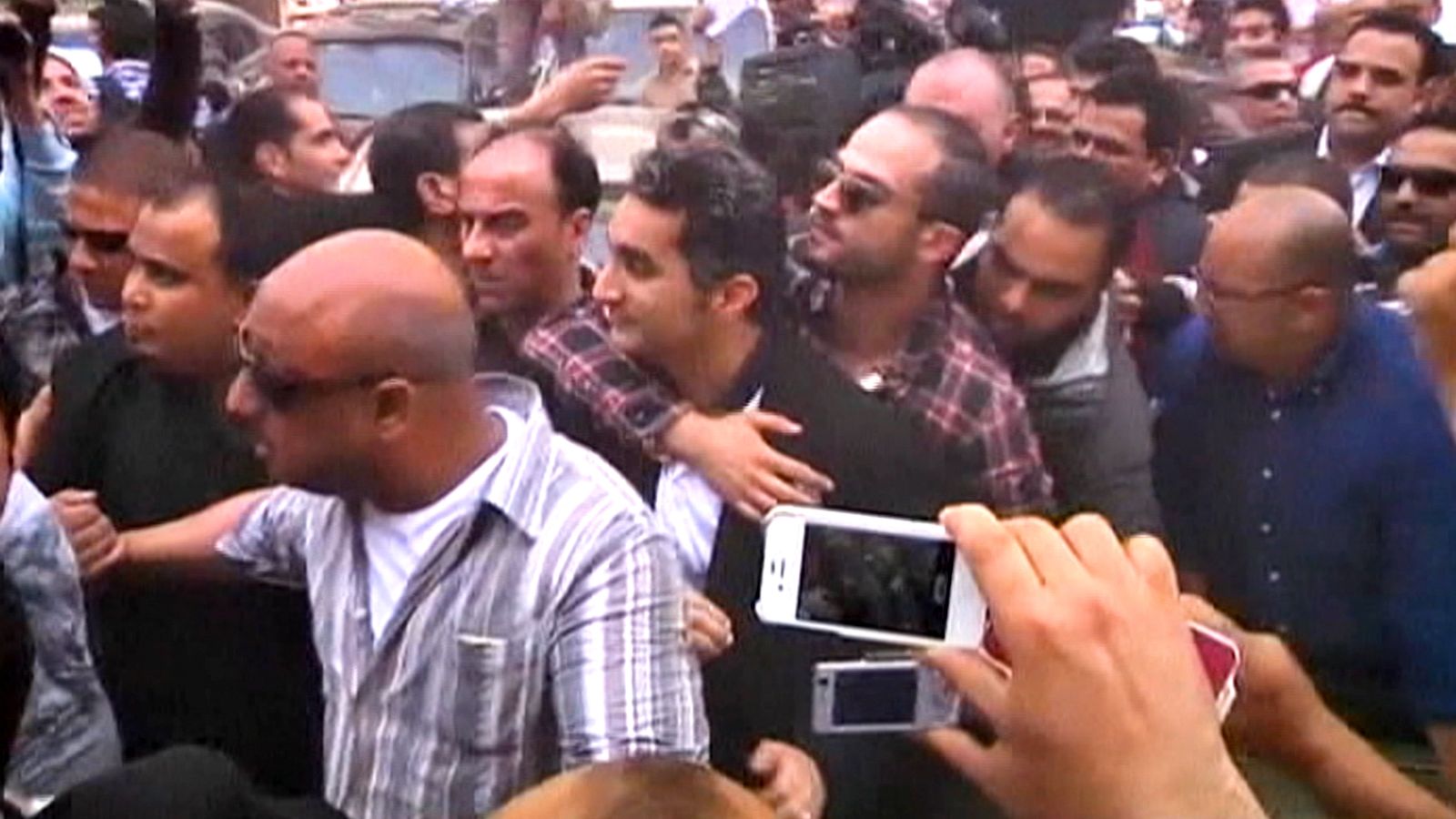 His fame came at a price and, having been accused of disturbing the peace and security of the country, he ultimately relocated to the United States to further his career and spread his message in English.

The comedian was recently in the UAE, providing entertainment at the inaugural GQ Awards, where Liverpool footballer Mohamed Salah from Egypt won ‘Man of the Year’.

During his trip to the capital, Youssef – who’s been named as one of the ‘100 Most Influential People in the World’ by Time magazine, spoke to Inspire’s Rebecca McLaughlin-Eastham about spreading his political satire beyond the Arab world. 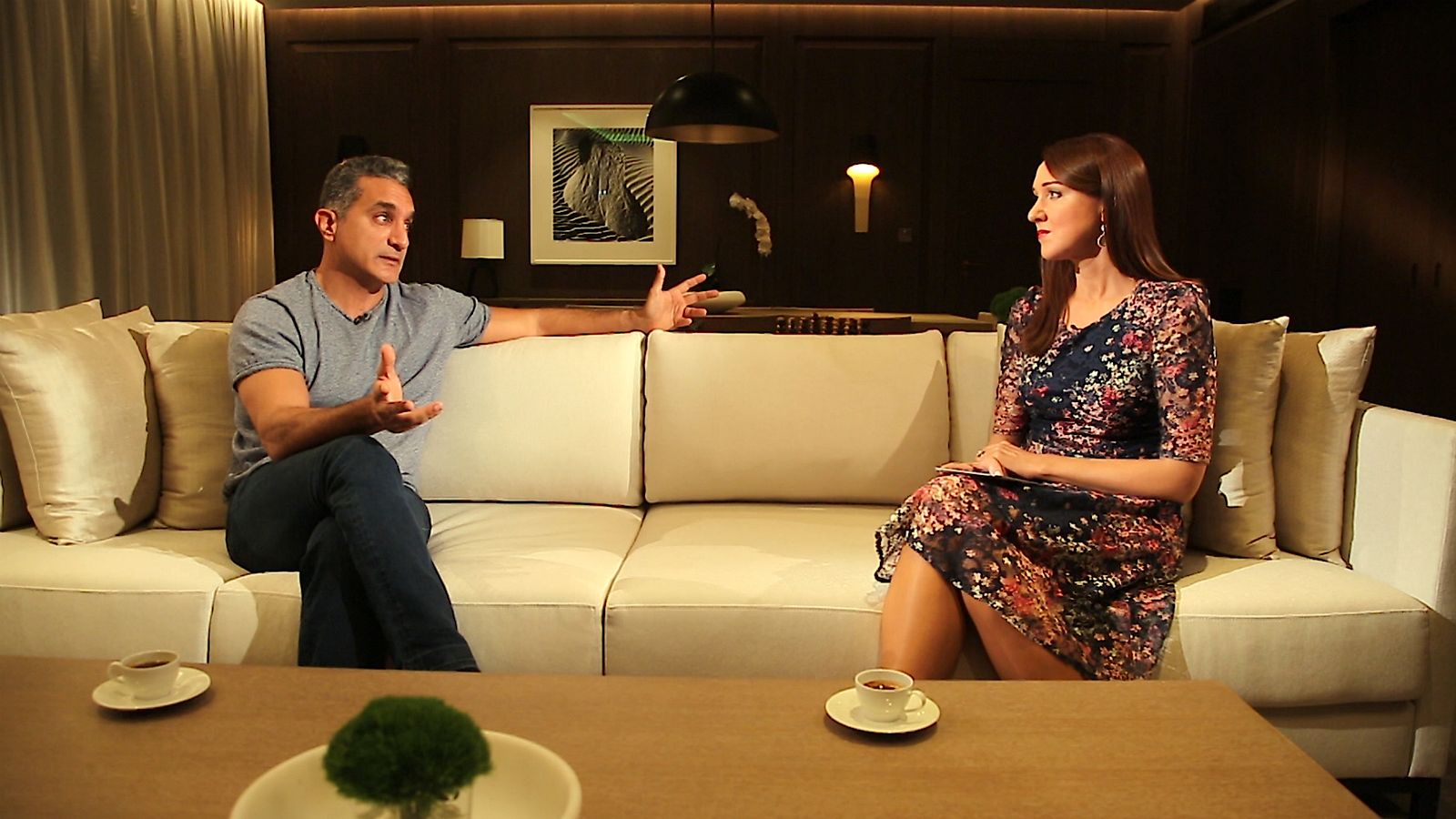 Rebecca McLaughlin-Eastham: When transferring or translating your material from Arabic to English, is any of the potency or the nuance lost? Is the message in any way diluted?

Rebecca: You’re now a U.S. resident. Can you draw any parallels from working and satirizing the political situation in Egypt back in the day, with what’s happening now in the United States – and how your material is being received by leaders?

Bassem: The right, or conservative wing in America or in Egypt, is similar everywhere. The messaging, the way that they reach to the masses, the way they use populism sometimes, it’s the same everywhere. A major difference, of course, the only difference, is the margin of freedom with what you’re allowed to criticize and satirize. You’re allowed to satirize or criticize the system, the authorities, and the administration [in America].

I think the biggest takeaway for me when I am there in the United States, is that I am learning and receiving more. Because in Egypt, there was kind of a meteoric rise for me. It was very fast, very quick. But, in America you have to kind of have to sit back and take your time.

Rebecca: Whilst in Egypt, at the height of the authorities monitoring you closely, how real were your fears for your life? Not least of you becoming a political prisoner?

Rebecca: I’m intrigued to know what for you is the last taboo. Is there anywhere you ‘won’t go’ satirically? Is there any one person who is above political satire?

Rebecca: You’ve referenced your work as ‘subjective’. It’s your opinion and you’re not seeking to impose it on others, you say. So, tell me what is your opinion on the current economic and political situation in Egypt, given so many years of turmoil?

Bassem: My opinion about what’s happening in Egypt is quite clear. There is a reason why I’m not there anymore. I think it’s not really sustainable to have people worried about expressing their opinion openly.

There is a very high rate of populism and I think that will, in the long-term – well, you just can’t keep that. If you look at history, even modern history, you cannot have a huge country with tens of millions of people, having to worry about expressing themselves – and using excuses like nationalism or the love of the country.

This could backlash, could backfire, and I don’t think it’s good and useful in the long run.

Rebecca: You’ve admitted in the past to having something akin to imposter’s syndrome. You feel like you’re not quite worthy of being where you are. Where does that stem from?

Bassem: You think that there’s more, or other, people that are more talented than you. You wonder if you’re ever going to do it. So, I discovered it’s normal, and I think it is also important to have this kind of feeling because it grounds you – it humbles you.

Rebecca: You started your career as a heart surgeon. Are there any transferable skills that you’ve taken from one discipline to the next?

Bassem: There is the work ethic, because when you do medicine – it’s just brutal. It’s being a nerd, being very involved in the world that you do. And it’s putting in the hours, that repetition.

Rebecca: There are constant comparisons between you and John Stewart. Is it true that you started that rumour at the start of your career and it somehow stuck? What’s the story? Are you genuine friends?

Bassem: Basically, in the early days when I was still on YouTube, when people were asking me, “Who was your inspiration?”, I was mentioning John Stewart in every single sentence. So, I love him, I’m inspired by him.

Rebecca: What is it that you take from his work that inspires you?

Bassem: Well, I’m very honored to call him a brother and he’s been extremely supportive. I think what I take from him is – I think he established the art of television political satire. And I think that everybody right now – anybody right now – who has looked at a late-night show in the United States, they have been inspired by him.