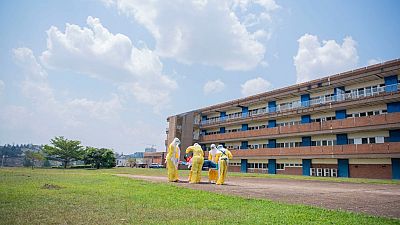 Rwandan hospitals held ebola response drills on Tuesday as the virus outbreak in the Democratic Republic of Congo keeps the region on high alert.

As the country prepares for possible infections, the country is able to provide accessible healthcare to atleast 90 percent of its population according to President Kagame speech at the the General Debate of the 74th UN General Assembly.

President Kagame: In Rwanda, more than 90 per cent of the population has insurance coverage.
This has contributed to significant improvement in health outcomes. It shows that it is possible for countries at every income level to make health care affordable and accessible for all.