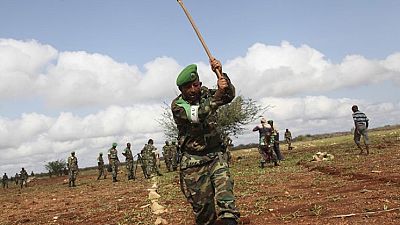 For most the African Union Mission in Somalia troops’ business in Somalia is fighting the terrorist group Al shabaab, but the peace keeping soldiers is going beyond securing the country.

#AMISOM soldiers help to plough the field of an elderly man in #Baidoa on April 19, 2014. AMISOM peacekeepers volunteered to help civilians in Baidoa, with the tedious work of tilling the land and planting seeds in readiness for the rainy season. #ThroughTheYears #AmHi1 pic.twitter.com/6Jw5bTCKcS

“You did a lot to enable the people of this region go about their daily activities. Your sacrifice and endurance is appreciated by the people of Somalia. You stuck to the values stated in our doctrine and in the AMISOM mandate” said AMISOM Force Commander, Lt. Gen. Tigabu Yilma, said a medal parade for outgoing Ethiopian National Defence Force (ENDF) troops who have completed their tour of duty.

The regional peacekeeping mission operated by the African Union with the approval of the United Nations Security Council. 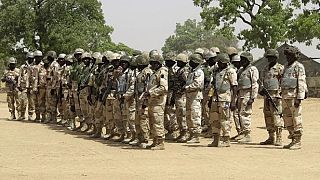 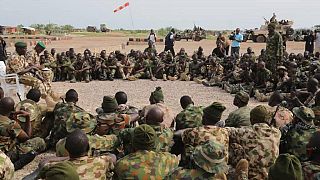