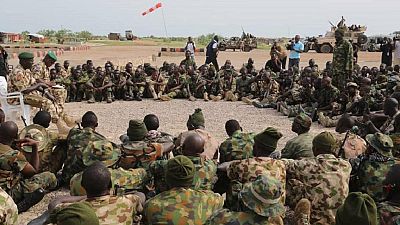 A senior United Nations official has described Nigeria as a “pressure cooker of internal conflict”, warning that the country’s multiple security problems could lead to instability in other African countries if it is not addressed.

Security forces in Africa’s most populous country are trying to tackle a decade-long Islamist insurgency in the northeast, banditry in the northwest and bloody clashes between nomadic herdsmen and farming communities over dwindling arable land in central states.

“The overall situation I have found is one of extreme concern,” Agnes Callamard, the U.N. special rapporteur on extrajudicial, summary or arbitrary executions told a news conference in the capital, Abuja.

Its ripple effect will spread in the sub-region given the country’s important role in the continent.

Callamard was presenting her preliminary findings following a 12-day visit to the country.

Callamard said the police and military had shown an excessive use of lethal force across the West African country which, combined with a a lack of effective investigations and meaningful prosecution, caused a lack of accountability.

She said the country required changes in the judiciary, police and military to stop people resorting to violence in the absence of justice.

“The lack of accountability is on such a scale that pretending this is nothing short of a crisis will be a major mistake. If ignored, its ripple effect will spread in the sub-region given the country’s important role in the continent,” she said.

Spokesman for the ministries of justice, military and police did not respond to a Reuters request for comment on Callamard’s findings.

The Islamist insurgency waged by Boko Haram began in northeast Nigeria in 2009 but has spread to parts of neighbouring Cameroon, Chad and Niger where members of the group and militants allied to Islamic State carry out attacks.

The rapporteur also condemned what she said was the “arbitrary deprivation of life” and the excessive use of lethal force in the case of processions held by banned Shi’ite Muslim group the Islamic Movement in Nigeria.

Callamard said the move to ban the group appeared be based on what the authorities thought IMN could become rather than its actions. She said she had not been presented with any evidence to suggest the group was weaponised and posed a threat to the country.