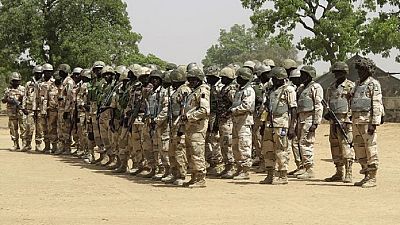 Nigeria’s army has ordered for the closure of the offices of non-profit Action Against Hunger, accusing it on Thursday of aiding terrorist groups such as Boko Haram and Islamic State.

The international aid agency said it was ordered to close its main office in Maiduguri, Borno state, on Wednesday.

Colonel Ado Isa, the deputy director of army public relations, said Action Against Hunger was warned several times that it was “aiding and abetting terrorists” by supplying food and drugs.

Consequently, the AAH has been declared persona (non) grata.

The humanitarian group, which focuses on providing water, food and healthcare, particularly in areas plagued by conflict and famine, called on “competent authorities” to let it continue its work.

In July, an Action Against Hunger staff member and five others traveling with her were kidnapped by Islamic State’s West Africa branch.

In total, around 30,000 people have been killed, and more than two million forced to flee their homes, in the decade-long insurgency led by Islamist militant group Boko Haram. Islamic State in West Africa (ISWA) split from Boko Haram in 2016.

The United Nations has said that 7.1 million people still need humanitarian assistance in the region.