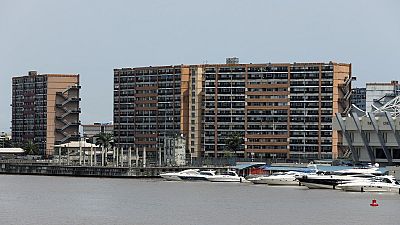 Nigeria is gripped by a crisis that has left Africa’s most populous country ill-equipped to properly house its inhabitants, said a United Nations rapporteur who also called for an end to the forced evictions of entire communities.

The United Nations estimates that Nigeria’s population is set to double by 2050 to around 400 million people, which would make it the world’s third-largest nation, behind India and China.

Against this backdrop, there was a lack of adequate housing in a country where most inhabitants live on less than $2 a day despite the nation having Africa’s largest economy, said Leilani Farha, special rapporteur on adequate housing.

“Nigeria’s housing sector is in a complete crisis,” said Farha. “Existing programmes will hardly make even a small dent in addressing the ever-growing housing need.”

Farha, who addressed journalists in the capital Abuja, noted that the last census was conducted in 2006 and said there was a lack of official data for the government to develop an effective housing policy.

“Informal settlements are ballooning where conditions are inhumane and perhaps the most severe I have seen worldwide,” said Farha at the end of a 10-day visit that took in Abuja, the southwestern commercial hub of Lagos and southern oil city Port Harcourt.

Northeast Nigeria has for the last decade been gripped by the insurgency waged by militant Islamist group Boko Haram that has forced around 2 million people to leave their homes. That, she said, had added to the housing crisis.

The rapporteur also criticised the use of force by state government authorities and property developers to evict entire communities.

The practice is often carried out in cities, most notably in the port city of Lagos, to make space for luxury housing which is unaffordable for the majority of locals.

Farha said hundreds of thousands of Nigerians, mostly women and children, had been evicted from their homes in the last few years by people using firearms, arson and arbitrary arrests.

“A national-level moratorium on forced evictions should be declared by the Federal Government, until adequate legal and procedural safeguards are in place to ensure that all evictions are compliant with international human rights law,” she said in her recommendations.

Nigerian authorities have previously said shanty towns have been demolished because they were home to criminal gangs, making them a security threat as well breaching building regulations. And the state government in Lagos, which attracts thousands of people each day in search of work from across Nigeria and neighboring countries, has repeatedly denied reports of brutality and possible violations of human rights laws.

The UN rapporteur said a national commission should be established to investigate alleged human rights violations and it should have the power to provide compensation.