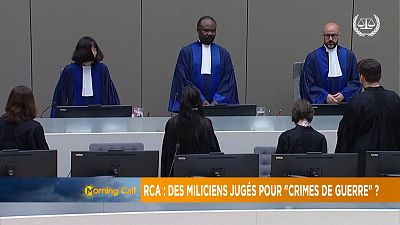 Two alleged former rebel leaders in the Central African Republic heard details of war crimes accusations against them on Thursday at the International Criminal Court.

Patrice-Edouard Ngaissona, a former prominent figure of the African Football Association and Alfred Yekatom, a former politician, are accused of participating in a plan to target Muslims thought to support the Seleka Christian dominated militia and committing crimes including extermination, persecution, murder, torture and intentional attacks on civilians.

They now await to find out if the ICC judges will proceed with their case.