Kenya limits trips, use of state vehicles, govt delegations to save money 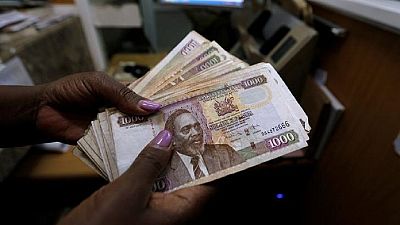 Kenya’s acting finance minister, Ukur Yatani on Thursday announced plans to introduce “brutal” cuts to spending, including on government officials’ overseas trips, in an effort to rein in the fiscal deficit.

Critics have accused President Uhuru Kenyatta’s government of ramping up borrowing at a rate that will saddle future generations with too much debt. The government has defended the borrowing, saying it is required to fund infrastructure.

Acting Finance Minister Ukur Yatani said all non-core expenditure will be reviewed to ensure the government can make savings and fund its programmes without relying too much on debt.

“The cuts will be brutal and sustained…because the success of this government will depend on our dignity as a country to be self-sufficient,” he told a public meeting to plan the budget for the next fiscal year.

As well as runaway spending, Kenyatta’s government has been criticised for failing to stamp out widespread corruption as hundreds of billions of shillings in government funds are lost every year.

Rotich was removed as finance minister after he and other senior officials were charged over the misuse of funds for the construction of two dams. He has denied the charges and was freed on bail.

Julius Muia, the finance ministry’s principal secretary, told the same meeting that the budget deficit was expected to fall to 4.8% of GDP in 2020/21.

Muia also said the Treasury now expects Kenya’s economy to expand by 6.0% this calendar year, rather than the 6.3% growth it forecast in June and slowing from 6.3% growth in 2018.

“In the face of the slowdown in global growth, our government has adopted an all-inclusive fiscal consolidation policy package, encompassing fiscal, monetary and financial policies,” Yatani said.

Inside the spending cuts

The use of state vehicles and the size of government delegations for foreign meetings will also be limited to help the state make savings, Yatani said.

On capital expenditure, the government plans to only fund existing public projects and not start new ones, the minister said.

“In particular, emphasis should be on projects nearing completion to ensure citizens benefit from such public investments,” he said.

Muia, the principal secretary, said the Treasury expects the current account will fall to 4.5% of GDP from 5% in 2018.

“Our economy is fairly strong and resilient,” Muia said.

He attributed the benign current account outlook to strong remittances – or cash sent home by Kenyans abroad, earnings from tourism and horticulture exports as well as slower growth in imports.