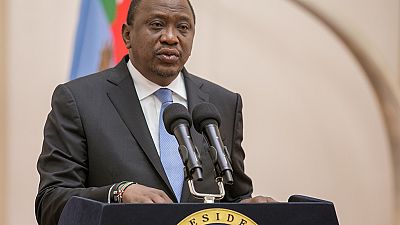 Kenya’s labour minister Ukur Yatani was on Wednesday appointed as interim finance minister, a day after incumbent Henry Rotich was charged with corruption.

Rotich, who has been in the finance post since 2013, pleaded not guilty on Tuesday to corruption charges in connection with tenders for the construction of two dams.

Rotich, who was bailed on a surety of 15 million shillings, is one of 26 people facing charges related to the project. He is due to return to court on Aug. 8.

Italian construction company CMC di Ravenna, which is also implicated in the corruption investigation, has denied any wrongdoing and said late on Tuesday it was co-operating with authorities.

“The company is working with the Kenyan judicial authority to settle the matter as soon as possible,” it said in a statement.

Kenyan director of public prosecution Noordin Haji said earlier on Tuesday that Nairobi was set to seek the extradition of one of the company’s directors to face charges.

The case against Rotich

Prosecutors accuse the company and Rotich and other Kenyan officials of inflating the cost of building two dams in the west of the country to 63 billion shillings ($608 million) from an original cost 46 billion.

Prosecutors allege that advance payments were shared out in accounts belonging to the conspirators and their agents.

CMC denied any links to those arrangements. “The accusation would refer, in fact, to the conditions of the financing, by banks of primary international standing, of the public works contracted by Kenya to CMC,” it said.

Work on the two dams has not started yet, prosecutors say, an assertion the company disputes. No land where the dams are meant to be built has yet been acquired, prosecutors say.

Yatani is a former lawmaker who served as ambassador to Austria and a regional governor before his appointment to the cabinet last year. He has a degree in economics and sociology.

All permanent ministerial appointees in Kenya have to be vetted by parliament.