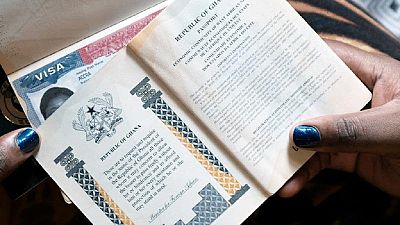 Sierra Leone late last week became the latest African country to announce a new visa policy that gives visa on arrival for all African nationals and other selected citizens from across the world.

A statement from the Internal Affairs Ministry through the Immigration Service said the new regime will with immediate effect grant visa-free entry for countries in the sub-regional bloc, ECOWAS.

Citizens within the Economic Community of West African States will benefit from the bloc’s visa-free protocol, “while all other countries with which Sierra Leone has a visa-free arrangement will continue to enjoy visa-free access,” the statement read.

Citizens of the African Union member states will enjoy visa-on-arrival but will be required to pay a $25 dollar fee.

Government said the move is part of efforts to promote tourism and attract foreign direct investment. All stakeholders – embassies, airline operators, partners and governments have been duly informed, the statement added.

The Information Minister, Mohamed Rahman Swaray, was quoted by a local portal as saying: “This is an indication that the new direction is poised to take the country to another level and our latest step in making the country attractive to tourists and foreign investors.”

Other nations set to benefit will be required to pay $80 visa fee on arrival. They are amongst others: United States, United Kingdom, European Union member states and those in BRICS – Brazil, Russia, India, China and South Africa.

In Africa, most regional blocs allow easy entry of citizens across their borders. A very effective measure is in East Africa between Uganda, Kenya, Rwanda and Tanzania.

Ethiopia in 2018 also announced a visa free and visa on arrival regime for all Africans. Rwanda has a global measure in that regard. Mauritius has, however, topped the African Development Bank’s visa openness index. At the bottom have been Eritrea and Equatorial Guinea.