Africa’s lesser-known soccer teams will enjoy worldwide exposure in the next week after FIFA announced that their opening World Cup qualifying matches would be live-streamed on its website and on Youtube.

World soccer’s ruling body said it had invested in the production of the broadcasting feed for the games and that the initiative would give fans in Africa and around the world unprecedented access to the African qualifiers.

“Bringing this exciting action to a global audience for the first time underscores FIFA’s ongoing digital transformation and its ongoing efforts to support football development in Africa,” FIFA said, adding that it would announce which matches would be shown on its website.

Twenty-eight teams will be involved in the first round, a knockout contest where ties are played over two legs on a home-and-away basis. The 14 winners go into the group stage to join the continent’s 26 ranked teams.

The first-round ties involve two sides, Angola and Togo, who qualified for the 2006 World Cup and have since fallen down the rankings. Angola face Gambia and Togo meet Comoros.

Other matches include Somalia v Zimbabwe — with Somalia’s home leg to be played in neigbouring Djibouti — Sao Tome v Guinea-Bissau and Chad against neighbours Sudan. 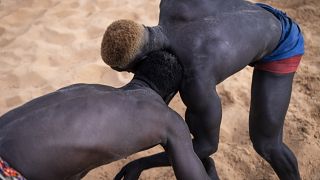