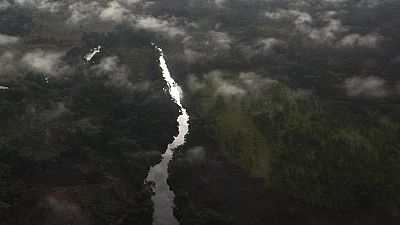 Republic of Congo is joining an international program that will grant the country 60 million euros ($65.6 million) to better protect the rainforest and fight climate change.

The country’s president, Denis Sassou N’Guesso, will formally sign up for the Central African Forest Initiative during a meeting Tuesday in Paris with French President Emmanuel Macron.

The program’s financing is provided by a coalition of donors: the European Union, France, Germany, the Netherlands, Norway, South Korea and the United Kingdom.

Conservationists consider the Congo Basin as the earth’s second set of lungs, after the Amazon.

Logging, farming and armed conflict still menace Africa’s jungles, which include the Congo Basin, the world’s second largest after the Amazon, but analysts are increasingly hopeful its remaining wilds can be rescued.

Macron pledged last week at the G-7 summit to help sub-Saharan African countries fight fires raging in the area that are being compared to the Amazon rainforest fires.