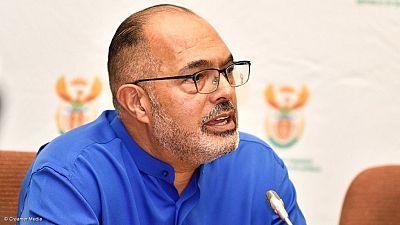 South Africans could start withholding their tax payments due to years of corruption which might force the country to seek an international bailout, the chief of the revenue service said on Monday.

Africa’s most industrialised economy has seen revenue collection fall sharply since 2015 due to weak economic growth and maladministration, leading President Cyril Ramaphosa to fire the revenue service boss last November in the wake of a judicial inquiry that has triggered an executive clean out.

New Revenue Service (SARS) commissioner Edward Kieswetter, hired in March, told a tax conference in Johannesburg that falling trust in the collector by individuals and companies had led to rising levels of tax avoidance and fraud, bleeding billions from government.

When public trust wanes, as is the current case, then tax payers feel morally justified to withhold or manipulate their taxes.

“When public trust wanes, as is the current case, then tax payers feel morally justified to withhold or manipulate their taxes,” Kieswetter said.

“When revenue collection is undermined it traps us in vicious cycle of revenue decline, as we’ve experienced, and consequently the need to go with begging bowls to borrow money, which effectively mortgages our future.”

Earlier in August the International Monetary Fund (IMF) said the country’s debt levels had reached “uncomfortable” levels, but that the country had not yet reached the point of requiring a bailout.

An extra 59 billion rand of financial support for state power firm Eskom, on top of a 230 billion rand bailout spread over the next decade, is set to push the 2019/20 budget deficit beyond the 4.5% of gross domestic product forecast by treasury.