Uganda's military gets boost from Canada and Japan 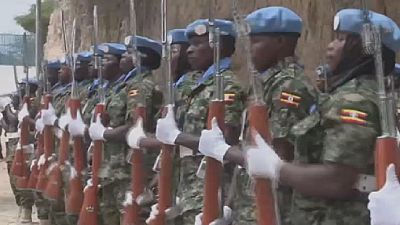 Uganda military is getting a boost of training and equipment from Canada and Japan according to local media reports.

Canada will be sending a military plane and 25 soldiers to support Uganda’s peacekeeping missions in the region according to the Canadian Defence Minister Harjit Sajjan reports The Monitor. The Canadian plane is meant to transport troops, equipments and supplies to the UN bases in the Democratic Republic of Cingo and South Sudan.