Rebels kill ranger at Kahuzi-Biega Park in the DRC 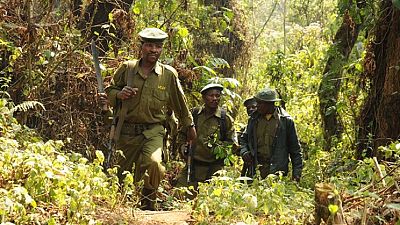 A ranger in Kahuzi-Biega Park was killed by rebels in eastern Democratic Republic of Congo, a spokesman for the nature reserve famous for its gorillas said Friday.

“The coalition of Mayi-Mayi Shukuru and Kirikicho active in Kalehe territory attacked the eco-guard patrol post. We lost an eco-guard and the Lemera patrol post was ransacked,” Hubert Mulongoy, communications officer for Kahuzi-Biega Park, told AFP.

This is the second guard killed since the beginning of the year in this nature reserve, home to a rare species of gorillas and a major tourist attraction in South Kivu province.

Mr. Mulongoy also expressed concern about possible incidents with the local Pygmy community, which reported being victims of violence by park rangers. “This morning (Friday) we received a call from the Pygmies that we attacked them yesterday and this morning,” he said, fearing retaliation.

In April, the park management denounced the death of an eco-guard in clashes with Pygmies, at the same time challenging the death of a Pygmy.

Relations between Kahuzi-Biega Park and local residents are often strained.

In mid-July, a Pygmy was killed and thirteen rangers were wounded in violence around the reserve.

The Pygmies in the region consider that they have been driven out of their natural environment. Park management accuses them of illegally returning to the park a year ago. South Kivu province is infested by militias and rebellions like all of eastern DRC.