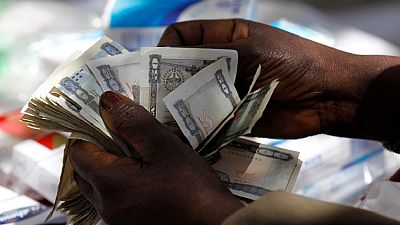 The International Monetary Fund, IMF, earlier this week gave its assessment of the economic situation of Eritrea after its Executive Board concluded consultations with the government.

The June 22 press release titled “IMF Executive Board Concludes 2019 Article IV Consultation with the State of Eritrea” addressed the headwinds the country faced in the past two decades and prospects for recovery.

Eritrea’s “macroeconomic situation is, however, is dire,” the release stated. “A sustained period of high deficits, financed through monetization and external borrowing, left Eritrea in debt distress,” it added.

The document also addressed the significance of post-July 2018 peace deal and subsequent lifting of sanctions on the economy. It also addressed successes chalked during the period of standoff and sanctions.

“Eritrea has recently emerged from a long period of conflict and international sanctions, which together deprived the country of vital investment, trading opportunities and external support, and left the economy in a difficult situation.

“Notwithstanding these challenging conditions, the Eritrean authorities have made considerable progress on some development goals, notably in the health and education sectors.”

Some of the country’s key economic challenges include a banking sector that the IMF says is in a highly vulnerable position due to weak asset quality, scarce foreign currency and tight monetary controls.

Asmara is said to be holding lots of foreign exchange belonging to multiple airlines especially to Ethiopian Airlines which commenced flights to the country after the peace deal.

The economy is also dominated by agriculture and mining but it remains “highly vulnerable to shocks and has experienced several episodes of large negative growth in recent years,” the IMF added.