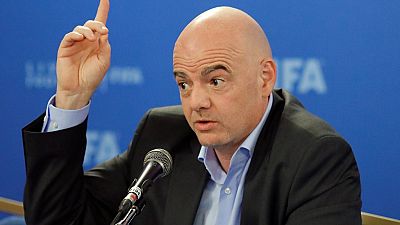 FIFA said in a statement on Monday that the adjudicatory chamber of the Independent Ethics Committee had also fined the former official 50,000 Swiss francs ($50,953).

The proceedings were initiated in September 2018, the statement added.

The ban on Kgotlele covers all football-related activities (administrative, sports or any other) at national and international level and came into force on Monday.

Seven current and former players were banned for life in April.

Kenyan player George Owino Audi was given a 10-year ban and Zimbabwean players’ agent Kudzanai Shaba was banned for life.

FIFA did not give any details on which matches they had attempted to influence.

Perumal was given a two-year jail sentence by a Finnish court in 2011 for bribing players and referees to fix matches.