Zimbabweans are reacting to the further increase in fuel prices as food shortages and inflation bites.

After rising to over 175% in June, inflation pushed Zimbabwe to raise prices for some commodities such as fuel once again.

The government is struggling to avoid almost inevitable hyperinflation at this stage. A situation that provokes the anger of the inhabitants who declare that they’‘survive’‘ in this economic crisis.

Zimbabweans are reacting to the further increase in fuel prices as food shortages and inflation bites.

In Rwanda, the locals have been called upon to consume more local coffee, a campaign to this end has been initiated by the national office of the National Council for the Development of Agricultural Exports.

With a minimum cost of about $2 per cup, coffee is not affordable for all Rwandans. More than half of the population living on less than US$1.25 a day has a strong preference for tea.

But the Rwandan National Agency for the Development of Agricultural Exports wants to reverse the trend and increase coffee production. He decided to organize campaigns to popularize this crop among farmers. 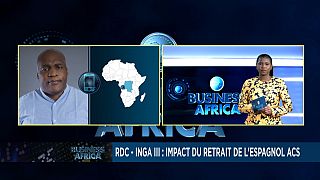