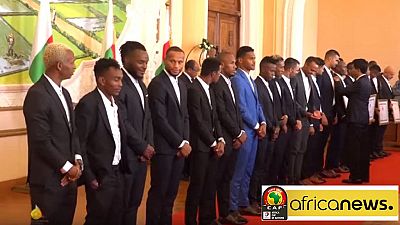 Madagascar’s national football team players have been awarded with the rank of Knight of the Malagasy National Order, following their arrival from an impressive run at the Africa Cup of Nations.

The team, which was making its debut at the tournament, secured wins against Burundi, Nigeria and Democratic Republic of Congo, historically reaching the quarter-finals.

The Barea were given a hero’s welcome back home in Antananarivo, with videos showing people lining the streets to receive them.

I’m very touched by the support we have received from the Malagasy people.

The players and coaching staff were received by President Andry Rajoelina at the Lavoloha State Palace, who also offered them a cash reward of $250,000, according to online newspaper News Mada.

The president also traveled to Egypt to watch the team knockout DRC in the round of 16, before losing to Tunisia in the quarter-finals.

While Rajoelina said they “will come back stronger” after their Afcon exit, the team’s coach Nicolas Dupuis said they risk becoming one-tournament wonders unless there are fundamental changes to football in the country.

“There is a lot of work to do with Madagascar. We need to build on the work that has been done to show that hard work pays off, or this could just become a one-off,” said the Frenchman. “It’s going to be difficult to do better next time.”

Madagascar has no professional league, lacks basic football infrastructure, and all of its top players are based abroad, many in the French second tier.

“I have great affection for my players and for the country,” Dupuis added. “I’m very touched by the support we have received from the Malagasy people, and the hundreds of people who have travelled here. I think it’s just fantastic.”

SUGGESTED READING: How Senegal and Algeria made it to AFCON 2019 final 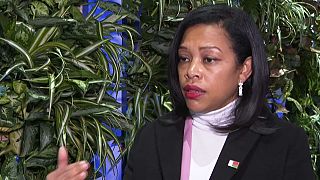