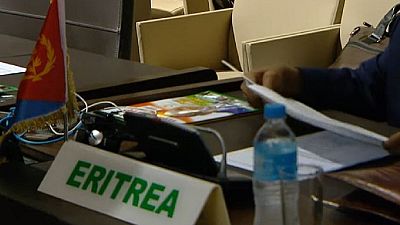 The United Nations Human Rights Council, HRC, on Thursday voted to extend the mandate of its Special Rapporteur on Eritrea for a one year period.

The HRC also called on the Office of the High Commissioner for Human Rights to present an oral update on Eritrea in March 2020.

The voting process involved 37 countries out of which 21 voted in favour of the new mandate whiles those that voted against and or abstained shared the remaining 26 votes equally.

Incidentally, no African country on the HRC voted for the mandate renewal. Eight countries abstained whiles Eritrea and four others voted against it.

Resolution on the situation of human rights in Eritrea adopted with 21 in favour, 13 against, 13 abstentions.

Resolution extends mandate of the Sp. Rapporteur on #Eritrea for 1 year and requests the #OHCHR to present oral update to the #HRC in March 2020. pic.twitter.com/jr5fKUvs9K

Eritrea and four others – Burkina Faso, Cameroon, Somalia and Togo were elected to the HRC last year to serve three-year terms. The election of Eritrea, Cameroon and Somalia especially received harsh criticism due to their respective human rights records.

The Eritrean situation has been lingering for years in the wake of a diplomatic standoff with Ethiopia which led to a “no peace – no war” state of affairs. That changed in July 2018 with the signing of a peace deal that has seen relations normalize.

Asmara over the period of the standoff refused entry for the UN Special Rapporteur, usually openly criticising the work of the past official, Sheila Keetharuth.

In the wake of the peace deal which was one of the main reasons the government used to impose an indefinite national service, Human Rights Watch for example says Asmara remains rooted in human rights infractions.