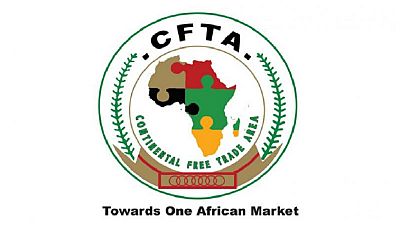 <p>With Benin and Nigeria set to sign up to the African Continental Free Trade Area, AfCFTA; Eritrea becomes the loner yet to sign up to the deal and to ratify same.</p> <p>The AfCFTA achieved maturity on May 30 after it received the required number of 22 signatories. Concerns had been raised especially over Nigeria’s failure to join.</p> <p>Nigeria, the largest economy on the continent, had raised eyebrows across the continent but the government insisted that it was conferring with stakeholders back home before committing to the deal. </p> <p>President Buhari confirmed earlier this week that Nigeria will sign up on June 7, 2019 during an extraordinary African Union, AU, summit in Niamey. </p> <p>The AU’s Commissioner for Trade and Industry Albert Muchanga, on Friday disclosed that Benin had also declared that it will sign up on the same day that Nigeria does.</p> <p>“Officially confirmed! Benin to Sign AfCFTA Agreement during Niamey Extraordinary Summit & become 54th signatory State. Good development! </p> <p>“One more signatory state before all 55 African Union Member States are signatories. One African Market in formation,” he said in a tweet. The one more signatory is Eritrea.</p> <blockquote class="twitter-tweet" data-lang="en"><p lang="en" dir="ltr">Officially confirmed! Benin to Sign <a href="https://twitter.com/hashtag/AfCFTA?src=hash&ref_src=twsrc%5Etfw">#AfCFTA</a> Agreement during Niamey Extraordinary Summit & become 54th signatory State. Good development! One more signatory state before all 55 <a href="https://twitter.com/_AfricanUnion?ref_src=twsrc%5Etfw"><code>_AfricanUnion</a> Member States are signatories. One African Market in formation. <a href="https://twitter.com/ECA_OFFICIAL?ref_src=twsrc%5Etfw"></code>ECA_OFFICIAL</a> <a href="https://t.co/ZwKZ6DkRqq">pic.twitter.com/ZwKZ6DkRqq</a></p>— Amb. Albert Muchanga (@AmbMuchanga) <a href="https://twitter.com/AmbMuchanga/status/1147190662036709376?ref_src=twsrc%5Etfw">July 5, 2019</a></blockquote> <script async src="https://platform.twitter.com/widgets.js" charset="utf-8"></script> <p>The AU initiative aims to create a continent-wide market of 1.2 billion people worth $2.5 trillion. Different African countries have made varying levels of commitment.</p> <p>The highest being the ratification and deposition of necessary documents with the AU. The other class being the signing of the agreement and the non-commitment level being those that have yet to even sign up.</p> <p>After Nigeria and Benin, fifty-four of the AU’s 55 member states have signed the agreement to establish the free trade area since March 2018. In March 2018, 44 government representatives signed the deal at a meeting in the Rwandan capital, Kigali.</p>