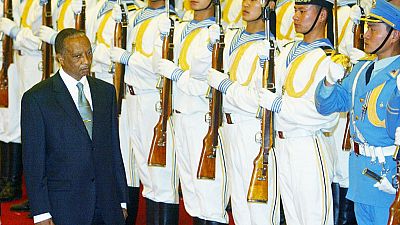 Uganda’s former prime minister Apollo Nsibambi, who occupied the office for 12 years from April 1999 to May 2011, passed on on Tuesday, according to local media reports and the government spokesperson.

Ofwono Opondo tweeted saying government had been informed of the prime minister’s death and would be issuing a statement shortly.

Government has been informed of the death of the former Prime Minister #ProfApoloRobinsNsibambi. An official statement will be issued shortly. #RIP UgandaMediaCent newvisionwire

I have learnt of the untimely passing of the former Prime Minister, Prof Apolo Nsibambi. He was a true patriot and great academic. The country will miss him. I have instructed Prime Minister RuhakanaR to lead a team that will ensure we give Prof Nsibambi a befitting send-off.

The life and times of Nsibambi

I’m saddened to learn of the death of former Prime Minister Prof. Apollo Nsibambi. I convey my condolences to his family and also to all Ugandans. An accomplished academic who transitioned smoothly into the political arena, Nsibambi served with integrity, dignity and class. RIP

This is a Lugubriously sad moment.
Prof. Nsibambi was great man who preached political tolerance!
He was a great time keeper & an intellectual. He is a former Waden of Nkrumah Hall MakerereU. #Oaagyefo. He lived a simple life. His books inpired us at Faculty of Social Sciences! pic.twitter.com/noOJ7JpECD

I have received the news of the passing on of Prof. Apolo Nsibambi former chancellor of MAKERERE University with shock. Prof. Nsibambi was an outstanding scholar and he served Mak diligently as a professor of political science and as the first non Head of State Chancellor. pic.twitter.com/GtdF3MRZwl

Decent till the end. You can’t say that about most of our politicians . May God comfort your family Prof Apollo Nsibambi, ex-Ugandan PM and academic pic.twitter.com/aAYPxSxT22

Rest In Peace Dr. Apolo Nsibambi a.k.a “Mr Lugubrious, a selfless public servant that kept time with precision, with a straight forward, and positive attitude towards life.
????