Clashes in Sudan after deal on power structure 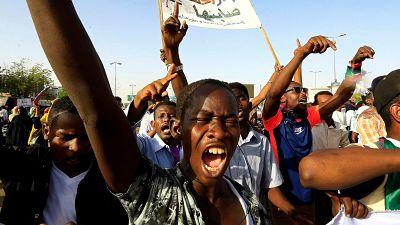 Violence flared in Sudan’s capital Khartoum late on Monday after the military council and opposition groups said they had agreed to a power structure for the country’s transition following the ejection of President Omar al-Bashir last month.

Heavy gunfire was heard late into the evening, and the council said a military police officer had been killed and many protesters wounded. Local doctors said some were in serious condition.

The council accused armed groups unhappy with progress toward a political deal of opening fire at protest sites. Protesters said counter-revolutionaries linked to the former regime were inciting violence.

The Transitional Military Council (TMC) and the Declaration of Freedom and Change Forces opposition alliance were due to meet on Tuesday to discuss two key sticking points: the military-civilian balance of power in transitional bodies, and the length of the transition before elections.