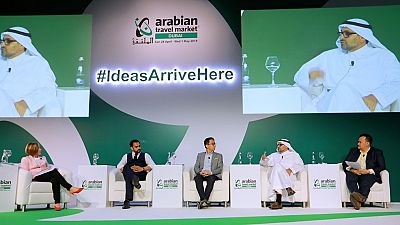 In a populist world where vices such as Islamophobia persist, Muslim tourism and travel can be a hard sell, especially, to the younger generation. Branding was, therefore, a topic of key interest to industry players at the Arabian Travel Market 2019 held April 29 – May 1 at the Dubai World Trade Centre.

The average age of today’s traveler is said to be 22. This person belongs to the liberal generation and may, likely, not want to be defined simply by their religion. So, how do you sell halal tourism to such a traveler – when they are Muslim – without necessarily using the word ‘halal’? This was the question of discussion concerning the future of Halal Travel at ATM 2019.

While a section of tourism players want halal service providers to state so explicitly, another section fears that this will drive away non-Muslim clients. Though the latter still want the word “halal” to be accepted to mean ‘family-friendly.’

The term “halal” refers to what is acceptable or is in line with traditional Islamic laws.

For Muslim travellers, this can mean halal-certified food, a private swimming pool or a clean prayer room. The challenge is, a number of restaurants claim to serve halal food just because “the chef is Muslim” yet attention has to be paid to all the ingredients such as cooking oil so as to ensure that it is halal certified.

For Chris Nader, Vice President, Shaza Hotels – which target Muslim travellers, it depends on who you are trying to sell to.

“When you are talking to your audience, you need to be able to provide a language and communication that clearly highlights what values and services you are actually offering to the market. But if you are talking to the investment community … you have to clearly label it as halal so that they understand what they are investing in,” he said.

With the younger generation said to drive future travel, the nature and needs of Muslim tourists are also seeing some changes. For example, where there was family, there is a noted increase in solo women travelers. The change is attributed to a general dilution of cultural and religious traditions.

Nabeel Shariff highlighted that Muslim travelers – on average aged 22 – are now looking past conventional offers that include staying in a “boring” hotel. Packages, therefore, have to be modified to include more interesting services such as spas, beautiful resorts, heritage sites and cultural engagement, diving and other outdoor adventure. “(But) privacy remains a big challenge,” he is he quick to add.

Previously, travelers have been forced to look for properties near the Mosque in order to access halal services. But today, millennials are building their own experiences using Airbnb and c2c business.

In Sub-Saharan Africa, Muslim travel and tourism is very young but viable. According to the Dinar Standard, the region attracted just $7 billion out of $177 billion spent globally in 2017.

“Especially now for post Donald Trump in the US, it is more difficult for Muslims to travel to the west, it is still available, but South Africa is well positioned now to take advantage of that,” said Khalid Vawda, Managing Director, Islamic Travel and Tours.

Vawda says the developed infrastructure in South Africa has given him leverage since venturing into the mostly-ignored sector of tourism. He observes that although the Muslim community in South Africa is small, it is strong. His enterprise is now identifying investors to willing to build Halal infrastructure such as hotels.

In the meantime, he says “the other lodges and hotels where we do not have offerings, we bring those services to the clients. Say for example, halal food, prayer facilities … We make all of those easily available whereas when they are on their own, they would have to go out and look for it themselves.”

For James Lutalo a director at Uganda’s Ministry of Tourism, interacting with prospective clients the Dubai ATM 2019 was quite insightful. “They want to know if we prepare Halal food, and they want to know whether we cater for the family. And these are some of the issues that we now have to go back and enhance our preparedness.”

With digitilisation, others service providers are now generating a database guided by current user preferences so as to assist hotels and tour agencies to formulate tailor-made packages, but also to help future travelers to easily find Muslim-friendly services. Social media also plays a key role in this industry.